In the first study to look at asthma treatments for Black and Latino patients, researchers at the University of South Florida and around the nation spent more than three years developing solutions to historic inequities in care.

In Florida, Black people are three times more likely to die from asthma than whites.

And national data shows that Latinos also suffer disproportionately from the chronic disease that causes shortness of breath, coughing and tightness in the lungs. They get more severe cases of asthma than whites and are more often hospitalized for the disease.

In the first study to look at asthma treatments for Black and Latino patients, researchers at the University of South Florida and around the nation spent more than three years developing solutions to the historic racial gaps.

What they produced is a single treatment that, when combined with a patient’s normal asthma medications, significantly improves outcomes for Black and Latino patients.

But the researchers found that the treatment alone was not enough, said Dr. Juan Carlos Cardet, an allergist and immunologist at USF Health, who co-authored the study.

“This study was successful only because of the infrastructure that we created,” Cardet said. “Each clinical site had to engage with their community in very specific ways in order to recruit those patients.”

The study was published recently in The New England Journal of Medicine.

It found that asthma patients who are Black and Latino bear a considerably heavier burden than others when it comes to accessing care, especially in the state of Florida.

“There's so many different causes," Cardet said. "It's access to primary care, access to specialist care, dispensation of controller therapy, an actual use of controller therapy for asthma, all those things in themselves are predictors of worse asthma outcomes. And it seems to be worse for these two populations.”

The study tracked 1,201 Black and Latino people with moderate to severe asthma at 19 sites in the United States, including Puerto Rico.

The treatment they developed is called a single maintenance and reliever therapy that combines two types of asthma medications into one inhaler. When patients use the inhaler to get relief from an asthma attack they also are getting treatment for underlying inflammation that can prevent future attacks.

That’s key, because many patients who are prescribed treatments that need to be used daily to control their asthma don’t take it as often as they should, Cardet said. However, they will use medication when they are experiencing an asthma attack.

“The controller therapy that's supposed to keep the inflammation at bay, people don't use it, or they use it 25 percent of the time so it's an under dose,” he said. "So it's really, an ounce of prevention is better than many pounds of cure.”

The clinical trial involved two sets of participants. One, that kept doing what they were prescribed by their doctor, and the other did the same but for every time that they used an inhaler during an asthma attack, they also would use the experimental treatment.

The study determined that patients who used the treatment substantially reduced severe asthma attacks, improved their quality of life and missed fewer days of school and work.

The researchers spent a considerable amount of time engaging with Black and Latino patients with asthma to improve the study.

The lack of accessibility to asthma care within these populations could be due to a number of things, including access to specialists, disparities in health insurance, and even a contrast in doctors' communication with Black and Latino patients versus white patients.

A recent report from the Commonwealth Fund, which factored in access and quality of health care nationwide, found that Florida’s health care system was much more efficient for whites than for Black and Latino residents.

The next step for researchers is to turn their study into a practice that can put a dent in the racial disparities that Black and Latino asthma patients face.

“I know that this is not the only disease where such healthcare disparities exist,” Cardet said. “So I think many of them are under-studied and not well documented. So hopefully, you know, there's the initiative to do something about it.” 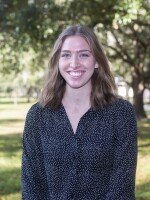