Buckhorn was referring to the possibility that the Tampa Bay Rays could eventually move from Tropicana Field to another field of dreams on an empty lot in downtown Tampa.

He spoke during a meeting of the USF Board of Trustees Health Workgroup at USF's Center for Advanced Medical Learning and Simulation (CAMLS), which would be a gallstone's throw from the new complex. 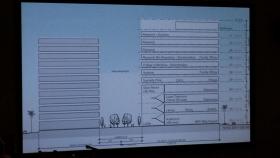 "It's 365 days a year (vs. 81 home games for a baseball team), it creates a medical educational cluster down here," Buckhorn said. "The students that work here will fill up the buildings that will be built, the retail will follow to service the medical students. I mean, it really is a more sustainable economic engine than just an arena or a baseball stadium."

"Now that doesn't mean they're mutually exclusive," Buckhorn, who's married to Dr. Catherine Lynch, Associate Vice President of Women's Health at USF's Morsani College of Medicine, said. "I think we can accommodate both, but I think in the long run, the relocation of the Medical School is a more significant economic development project than almost anything we could imagine, including baseball."

This is the first Workgroup meeting since Tampa Bay Lightning owner Jeff Vinik offered about an acre of land in downtown Tampa to the University of South Florida, provided they build a space for both the USF Morsani College of Medicine and the USF Health Heart Institute.

The offer of the land, located near the corner of Channelside and Meridian, was announced at the last Workgroup meeting on Oct. 15.

The Workgroup trustees approved the proposal Thursday morning, sending it on to the full Board of Trustees for consideration at their December 4th meeting. If it's approved there, it will move onto the Florida Board of Governors, who will meet January 21-22 in Jacksonville.

The building would be at least 12 stories tall, with the possibility of expanding it to as many as 16 stories. It would be adjacent to a similar sized medical office building developed and owned by another company, as well as a parking facility with room for up to 1,800 vehicles. 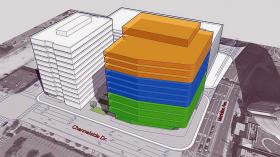 The USF facility would house a mix of large and small classrooms, an auditorium, an electronic library, research labs and faculty offices.

USF President Judy Genshaft told the Workgroup that moving the College of Medicine and the Heart Institute downtown would also free up much-needed space on the main campus for the Colleges of Nursing and Public Health, as well as help focus the research and treatment efforts of other USF Health divisions.

"We will fill that space in a minute on the main campus and we're going to really laser focus on issues with the VA, as well as neuro, brain repair, Alzheimer's, cancer, drug discovery - we have so much on the main campus," Genshaft said.

"TGH is where most of our core curricular elements are located. There's some clinical activity going on in the first and second years and that's also at TGH," Lockwood said. "So TGH probably accounts for half of all the clinical sites that they go to and then the others are all scattered around."

Beyond that, Lockwood says, there's the simple allure of a downtown location, particularly in the 24-acre parcel that Vinik is hoping to develop with a combination of residential, hospitality and commercial properties.

"This would be such an attractive location to recruit students and faculty. It's a dream for a dean to be able to walk around the water and discuss their academic futures and take them to lunch at a little cafe down there," Lockwood said. "It would be a really wonderful opportunity for the school."

The cost of the building is projected at between $150-$163 million.  If the proposal gets that far, USF Health plans to ask the legislature for a total of $112 million for the project. That total includes money USF has already received for the Morsani College of Medicine and the Heart Institute.

With private donations factored in, the school forecasts a shortfall of between $20 million and $33 million in funds. 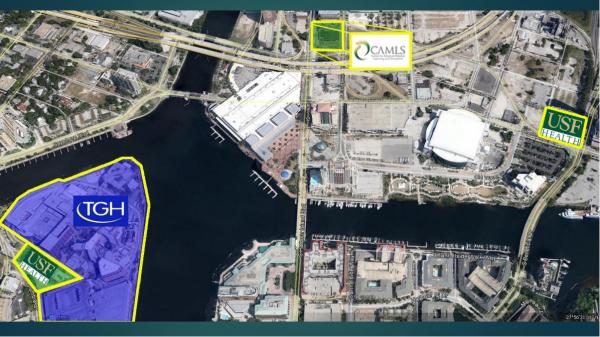 WUSF has learned that Tampa Bay Lightning owner Jeff Vinik has offered about an acre of land in downtown Tampa to the University of South Florida to build both the USF Morsani College of Medicine and the USF Health Heart Institute.

If the University of South Florida wants more state money to build a new medical school, they first need to decide where they want to build it.

That was the caveat laid down by the Florida Board of Governors' faculty committee at a meeting in Jupiter Wednesday.

Among the big winners in the 2014-15 state budget signed by Gov. Rick Scott on Monday is the University of South Florida, which picked up funding for a number of projects that still needed support.

According to USF News, all five of the university's top legislative priorities were met.

Despite not having all the funding accounted for yet, ground was broken Tuesday (December 17th) on the USF Health Heart Institute.

The five-story, 100,000 square-foot facility will sit in the middle of the USF Health campus -- Moffitt Cancer Center and the USF Health Morsani Center take up the other three corners of the intersection where the new Institute will be based.

The Institute is expected to cost $50 million to build. However, the state and Hillsborough County have awarded USF about $21.4 million so far. House Speaker Will Weatherford says he'll fight for the portion of the remaining funding from the state.