An Unconventional Path To A Balanced Budget

It’s the gold standard for every conservative – a balanced budget amendment to the U.S. Constitution.  Jeffrey Utsch, executive vice president of the ultra-conservative Compact for America, preaches it in a video on his group’s website: 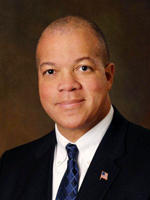 “The federal government is never going to restrain itself. It’s a good thing that the founders gave us Article V of the Constitution that gives the states the power to make this happen.”

And here’s how it sounded Thursday in the House Local and Federal Affairs Committee.

“We have seen that Congress is either unwilling or unable to reign in the spending that they have undertaken, the debt that we have. This debt has placed not only our nation currently in peril, but also, our future generations.”

That’s Representative Mike Hill, a Republican from Pensacola Beach, defending his bill. His wants Florida to join four other states calling for a constitutional convention. That would leave 33 more states to convince. Hill says there’s no time to waste.

“Our debt right now is 19 trillion, approaching 20 trillion, with no end in sight. So we believe that this is necessary to put the brakes Congress’s spending.”

“What this means is that states now can propose and ratify amendments needed for meaningful change in DC in as little as 12 months.”

There are other constitutional convention movements out there, but none is quicker or more targeted, Republican legislator Paullette Rakestraw of Georgia told her Florida colleagues.

“We ask that you join Georgia in this initiative and join our compact so that we can get Washington under control, you know, keep us from going off the financial cliff, and save the fiscal sanity of our nation.”

The balanced budget amendment would limit spending to tax income and trigger automatic spending cuts. It includes a debt ceiling that could only be raised when the states grant permission. As radical as it may sound to some, the theory has been endorsed by some mainstream thinkers, including conservative columnist George Will.

But New College political science Professor Keith Fitzgerald says it would be a serious mistake.

“It’s a scary idea, to be honest. To say that we’re going to have a constitutional convention because we have a little item that we want to pick.”

Fitzgerald, a former Democratic House member from Southwest Florida, says he thinks federal debt is out of control, too. He says critics should change Congress, not the Constitution. He says the federal government needs the power to borrow sensibly.

“When hear this argument, OK, we want to run government like a business. Well, every major corporation has bonds. It’s what they do. When they say, we want to run the government on the same principle as a family budget, well, hey, I’ve got a mortgage. Don’t you? Hey, come on.”

Senator Alan Hays, a Republican from Umatilla, has the companion bill. It goes before a committee next week.