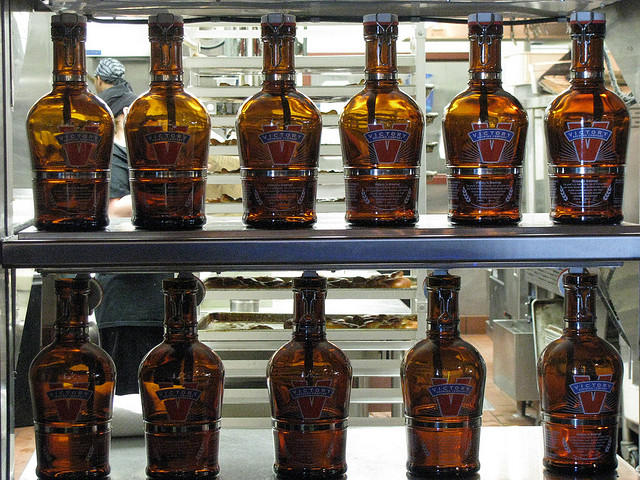 Two very different alcohol measures came before their final committee Wednesday.  But even though they began to converge, only one passed its final stop.

From the very beginning, Rep. Chris Sprowls’ (R-Palm Harbor) growler bill has flown through committees while Rep. Greg Steube’s (R-Sarasota) omnibus measure has trudged.  Wednesday the Steube’s bill finally gave up the ghost, but not before passing on some of its provisions.  He says he shifted all of his beer policies to Sprowls.

“That’s all gone,” Steube says.  “That’s all in Sprowls’ bill.  All of the beer related stuff is out.”

Under amendments to Sprowls’ bill, craft distilleries will be allowed to sell more directly to consumers and brewers will be able to apply for a handful of vendor licenses.  Both policy changes, come from Steube’s proposal.  Sprowls’ bill passed unanimously.

A bill allowing 64 ounce growlers is headed to the floor of the Florida Senate.

The Senate Commerce and Tourism committee took up the state’s growler ban Monday.  Measures doing away with the state’s restriction continue to march forward in both chambers of the Legislature.

Beer Distributors Say 64 Ounces Is Too Much For One

Florida House and Senate subcommittees heard testimony Wednesday from stakeholders in the state’s beer industry.  After failing twice, a bill to legalize a popular refillable bottle is up for a third try.

It seems there’s new trouble brewing for Florida’s small but growing craft beer industry.  The Florida Retail Federation is challenging a long-standing exception to the state’s licensing rules that allows a brewery to sell beer in on-site ‘tasting’ or ‘tap’ rooms.  But this isn’t the only attack the state’s rules have drawn.

Beer is bipartisan.  Really, it’s hard to imagine something more people can agree on.  But, unfortunately in Florida, beer is a political issue.