When Chris Riley created the phone app TIKD from his Coral Gables offices, he had dreams of innovating access to the court system for people who got speeding tickets. What he never imagined was that he would soon butt heads with the Florida Bar, that he would be claiming nearly $20 million in damages from the entity that regulates attorneys in the state and that the federal government would get behind him in his fight.

“We're trying to do things that are helping people here in the state of Florida,” Riley says. “From the beginning all we've wanted to do is grow our company and expand our business and help people out.”

In a court filing that was issued last week, an expert witness hired by TIKD projects that between August 2017 and November of this year the app will have lost approximately $6.5 million in profits due to its spat with the Bar. A Florida law called the “Treble” law allows companies to claim three times the actual damages in some civil cases, bringing the total the Bar might be liable for to $19.5 million, Riley says.

“We launched TIKD about two years ago now and almost immediately we were told that we were being investigated by the Florida Bar for what was called the unlicensed practice of law,” Riley says. “And since then it has continued to escalate into what now seems to be a much bigger issue.”

An ethics opinion put out by the Florida Bar warned attorneys in the state not to subcontract with the app, or else they might face Bar complaints or other forms of discipline.

The TIKD app works almost as an Uber for attorneys, no matter how cliche that might sound. Drivers who receive tickets can upload them onto the app and the company contracts out the legal work to a series of  legal firms. Users pay a flat rate to fight the ticket. If it takes less money in subcontracted attorney's fees to fight the case, the app pockets the profit. If it takes more money to fight the case than the user paid, then the company covers the loss.

TIKD uses public data to analyze the average outcome of fighting a ticket, which is lower than the cost shown on the ticket itself. Based on that average, the company can set a rate with contracted attorneys for lower than what the ticket says and still make money. Win or lose, the customer pays the flat rate, and if points are accessed to the driver’s license, he or she receives a refund.

The Bar insists that this type of arrangement amounts to fee-splitting, which is not permitted. But Riley disagrees.

“What we don't do is get involved in the attorney-client relationship at the time you pay us. You're sent the contact information of the attorney who's handling your case,” says Riley. “We provide a technology platform and we provide financial innovation and financial guarantees. But the lawyers do the lawyering, and they're completely separate from us.”

The company also offers month-to-month financing for fighting traffic tickets, a perk Riley says helps poorer customers and is the only program of its kind in the industry.

Listen
Listening...
/
The Florida Bar is facing nearly $20 million in damages from its spat with TIKD, a Coral Gables-based app

TIKD filed a federal anti-trust lawsuit against the Bar last November, claiming it was using its status as the state regulator of attorneys to exact vengeance against a start-up in collusion with a major player in the ticket-fighting industry.

Over the first few months of operations, the company was already working in 18 Florida counties. It is down to only operating in four counties in Florida because, Riley says, the Bar’s pressure on attorneys not to work with them has made it nearly impossible to find lawyers to work with the app. By the end of 2017, according to court filings, the company accepted contracting orders to fight 3,811 speeding tickets in the state.

The company has since started operating in California, Maryland, Georgia and Washington D.C. It has only faced legal issues in Florida, its home state, says Riley. (Court documents show the Virginia Bar has also raised legal questions about the app, but it does not operate in that state.) 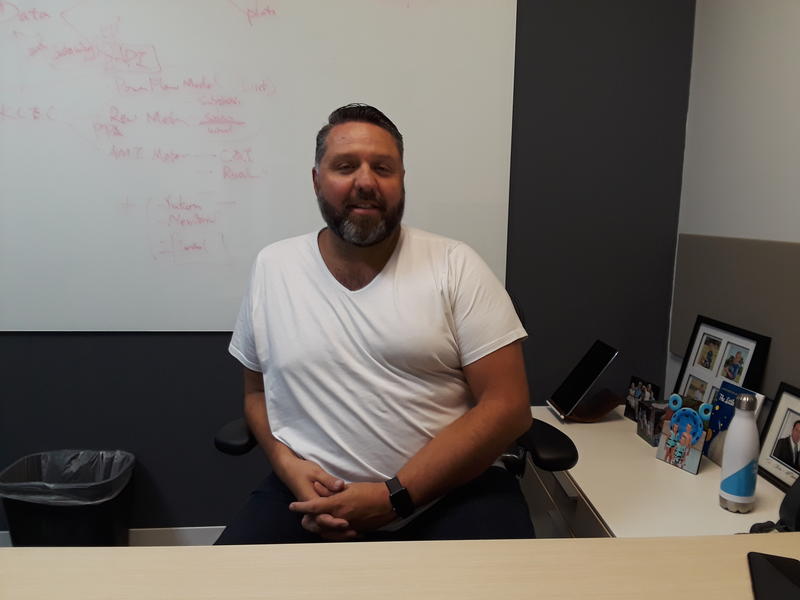 The Ticket Clinic -- a named defendant in the anti-trust case which also helps people fight speeding tickets through more than two dozen offices statewide -- also started issuing threats shortly after the app launched, according to TIKD. A text message obtained through the litigation process cited in court documents shows that Ticket Clinic attorney Ted Hollander was trying to shut down the app and communicating with the Bar staff urging them to take action. Hollander also filed ethics complaints to the Florida Bar against attorneys working with the app, court records show.

The Ticket Clinic employs hundreds of Bar-certified attorneys. The lawsuit alleges that the Bar and the Ticket Clinic have colluded to exclude TIKD from the traffic ticket-fighting market.

“The alleged coordination with [the Florida Bar] would have assisted [The Ticket Clinic] to enhance its market presence, enhancing its ability to both increase the number of customers served and at a potentially higher price,” wrote Rosa Abrantes-Metz of Global Economics Group, Inc., an expert witness in the suit hired by TIKD.

Using the Uber app and its well-documented fights with taxi drivers as an illustration, consider this analogy: It’s as if every lawmaker and regulator deciding the merits of how Uber should be regulated was also a member of a taxi drivers association. Every licensed lawyer in the state, including most practicing judges, are accredited by the Florida Bar by default.

“There's a perception that that technology could cut into the business of somebody who  has been around a long time and made a lot of money,” says Riley. “It's not surprising that there would be some some pushback”

The U.S. Department of Justice apparently agreed with TIKD, and in March filed a “Statement of Interest” in the case. It suggested that the Florida Bar and The Ticket Clinic appear to be protecting their own financial interests at the cost of regular drivers who could benefit from the app.

“Business models entrenched for decades have witnessed new competition from mobile platforms that can profoundly change an industry,” wrote the federal government. “But almost invariably, the winners from the process of innovation and competition are consumers.”

Much of the anti-trust case hinges on a 2015 U.S. Supreme Court decision against the North Carolina Board of Dental Examiners. The board was considered “the agency of the state for the regulation of the practice of dentistry,” but problems arose when the board started issuing cease-and-desist letters to non-dentists offering teeth whitening services. Teeth whitening does not involve any dental procedures. Those teeth whitening businesses shut down in the state, and the Federal Trade Commission filed an anti-trust lawsuit against the board, saying it was using its position as the state regulator to engage in protectionism on behalf of its own industry.

If the board wants to be immune to anti-trust lawsuits, it needs to have additional oversight from the state, the Supreme Court ruled.

In legal filings, the Florida Bar says that it is exempt from anti-trust lawsuits because it is essentially an “arm of the Florida Supreme Court,” and that state entities cannot be face those kinds of claims.

But the Florida Bar weighed in on the North Carolina case and came out on the wrong side of the decision. The state Bar filed a court brief arguing that state bars are similar to the North Carolina Board of Dental Examiners, and saying that if the court ruled against the board, that “state bars will have to defend expensive antitrust actions.”

The Bar declined to comment on an active court case. The Ticket Clinic did not immediately respond to a request for comment.

Earlier this year, the Bar filed a separate lawsuit against TIKD in state courts. The case is currently before the Florida Supreme Court. The suit alleges that Riley, the app’s creator, is engaging in the “unlicensed practice of law.” The suit cites TIKD advertisements, saying they suggest “that their services are the equivalent of or a substitute for the services of an attorney.” At the same time,  the suit acknowledges that TIKD contracts licensed attorneys “to provide traffic ticket legal defense representation to TIKD customers.”

A public trial for the federal case is set to start on Nov. 26.

A bold proposal written by a committee formed by the Florida Bar is pitching new laws for the state that would broaden the number of individuals who could be banned from not only purchasing, but also from possessing firearms.