Teaching Teens To Cook May Be Improving This Neighborhood

Each student gets a cookbook and a set of cooking utensils to sharpen their new skills.

He founded ICARE – or The Institute for Culinary Awareness Research & Education. Fraser recognized a desperate need in Pine Manor, which is considered a food desert, an area with limited or no access to fresh, healthy and affordable foods.

mission is to educate people about where their food comes from through the use an 11,000 square foot community garden, and how to turn that produce into nutritional and delicious meals. 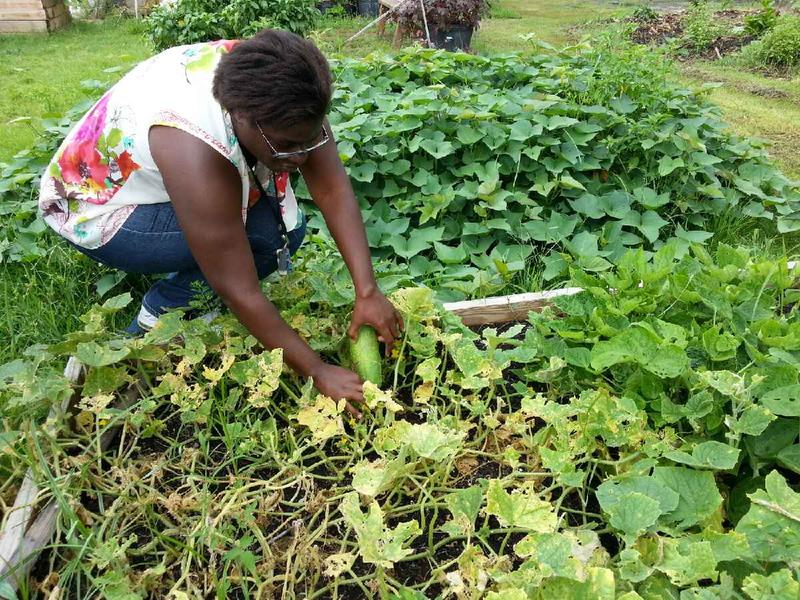 “My feel is that these students have had maybe a new perspective, and maybe a better way to appreciate or better way to understand the things that are in front of them,” said Fraser. “You don’t have to have soda pop. You don’t have to have convenient-style food. You have options, and you’re in control of those options, and you can direct and manipulate the food choices you make to your benefit.”

Instructing the teen summer class is Chef Pyro Rodriguez. He owns Pyro’s Creations in Naples. The week before graduation is pizza day. Rodriguez teaches the teens how to make dough from scratch. 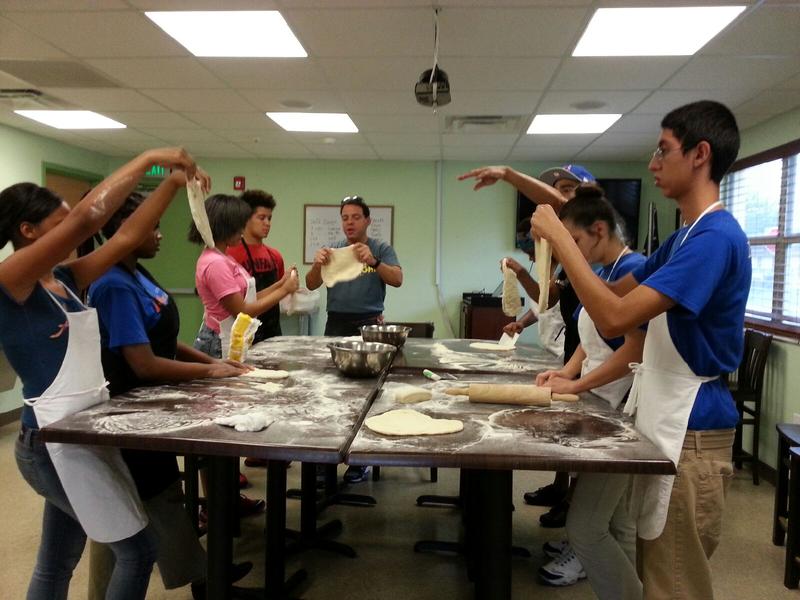 “What is that called? What are we doing now?” Rodriguez asked.

“Kneading,” the class said in unison.

“Why do we knead things?” he asked.  “To activate the gluten in it.”

This is his first time teaching teens how to cook. Rodriguez makes cooking fun and interesting using foods like pizza, chicken nuggets and desserts from scratch, while using various herbs and produce from the garden outside. He said he does it to give back.

“I wish I would have had it when I was growing up,” said Rodriguez.

Rodriguez said the biggest challenge so far is keeping the kids focused and leaving their problems at the door.

16-year-old Skylar Smith has a big smile on her face. Her long, brown hair is pulled back into a ponytail. She’s finally wearing the coveted chef’s jacket signifying her status as a graduate.

“It lets them see that there something outside of their regular home and advance,” said Smith. “To live inside of a dark hole, they have a chance to see that’s there’s something else out there, and that being a cook isn’t a bad thing. It can be something that’s a wonderful thing. Where they can help their community, help the city or wherever they go. It’s something they will always use, whether it’s for their own family or for the good of their community.”

The Lee County Sheriff’s Office reports cases of simple assault have dropped 71 percent and residential burglary reports have dropped 85 since 2012. Over the past three years, the total number of reported crimes in Pine Manor have dropped 72 percent.

“This community center is a safe place for kids,” said Clark. “It’s somewhere they can go, and they’re not hanging out on the streets and getting into trouble.”

The big test is what the teens do after finishing this program. But at the graduation ceremony, the students show off their cooking expertise.

They make pasta from scratch and work in stations during a buffet-style lunch service for their guests.

Skyler Smith said it went off without a hitch. 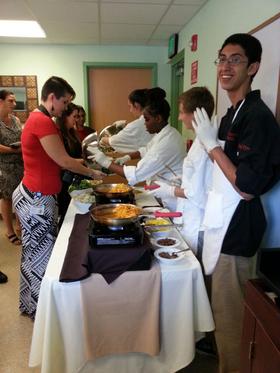 “Actually, it went pretty fine with all the people we had,” said Smith. “It was nice and mellow and we got everything done nice and quick. I thought they thought it was fabulous.”

Chef Fraser said the impact this program is having on Pine Manor is obvious.

“Ultimately you see the type of change at graduation,” said Fraser. “Where the emotion comes through and the realization of they’ve just done something great or something unusual or something that not everybody has done. And that’s going to set them apart today and hopefully in the future.”

Fraser’s hope for ICARE is to make it an affordable alternative to traditional culinary school.

Can Chefs Aid Fight Against Disease?

Health experts say changing your eating habits is one way to avoid becoming overweight or obese.

But anyone who has tried a new diet knows it can be really tough -- even when you're facing serious health consequences. So some people are trying out free cooking classes with a professional chef to help make better choices about what they eat.

Food deserts, areas where fresh and healthy foods can be hard to come by, are all over Florida. There are efforts under way in the Florida Legislature to provide tax incentives for grocers to open up in these areas.

Drop-In Chefs Help Seniors Stay In Their Own Homes

A healthy diet is good for everyone. But as people get older, cooking nutritious food can become difficult and sometimes physically impossible. A pot of soup can be too heavy to lift. And there's all that time standing on your feet. It's one of the reasons that people move into assisted living facilities.

But a company called Chefs for Seniors has an alternative: They send professional cooks into seniors' homes. In a couple of hours they can whip up meals for the week.