The Sunshine Economy: What Voters Say About Trump's Election

While America has experienced a peaceful transition between presidents 44 times, there has never been a president-elect quite like Donald Trump.

For his supporters, including the 4.6 million Floridians who voted for him, Trump represents a change. Not just a change in which political party controls the White House, but a repudiation of decades of the political class on both sides of the aisle.

It’s clear in talking with Trump voters that some of them saw him as a protest vote, others looked at Trump as a re-affirmation of their ideal America: strong, capable, decisive, resolute. They voted to make America great again because they don’t think America is great anymore and they’ve experienced it in stagnant paychecks, higher living expenses, temporary jobs and widening income gaps.

Neither Hillary Clinton nor Trump received half of the votes cast, illustrating just how divided voters are across the country and especially here in Florida. Divided about their leader. Divided on issues like the economy, jobs, trade and taxes. Trump's winning margin in Florida was fewer than 120,000 votes. That’s less than two Hard Rock Stadiums filled to capacity.

We spoke with whites and blacks, men and women, a Hispanic, retiree, a business owner, workers, someone unemployed, someone under-employed and looking for work, Republicans, Democrats and independents. Some voted for Trump. Others supported Clinton.

Here's some of what they said: 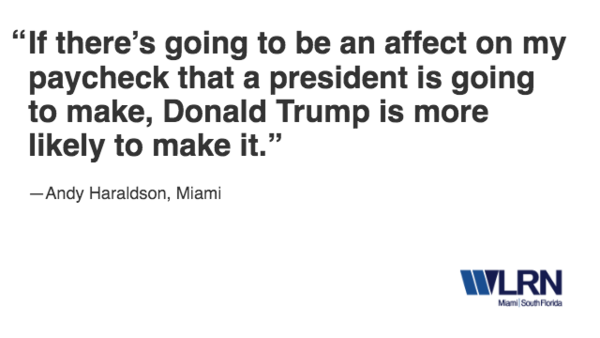 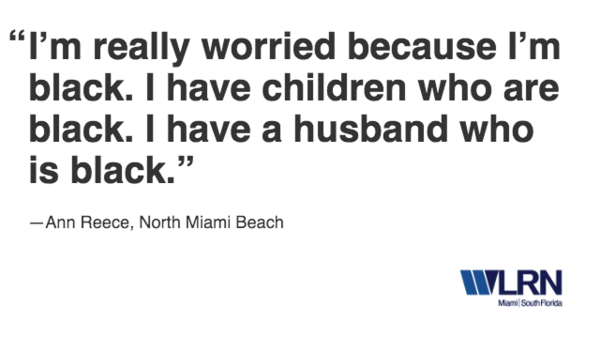 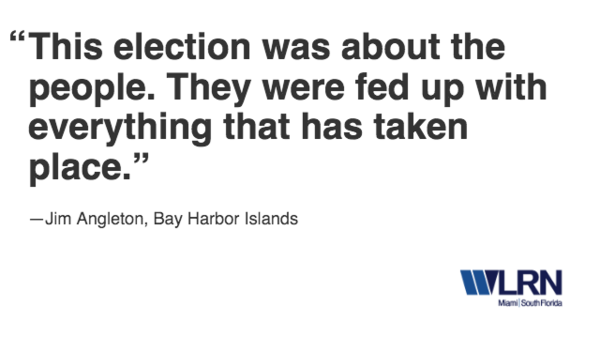 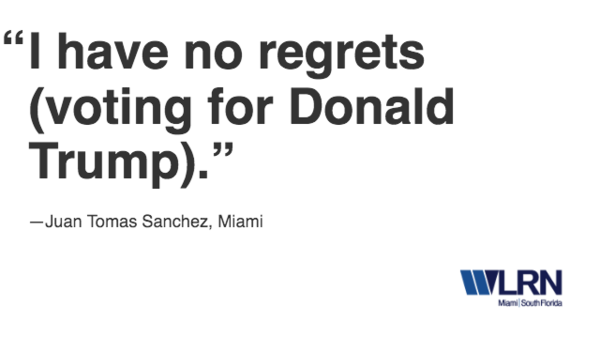 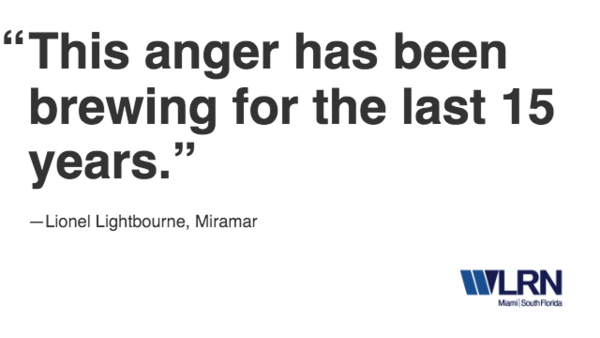 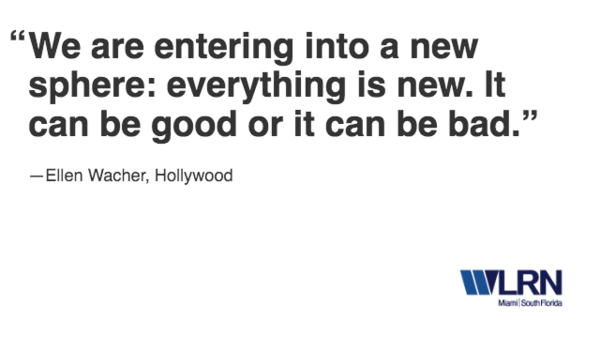 President Obama, saying "we are all rooting for his success," vowed his staff would work as hard as it can to ensure a successful transition of power to president-elect Donald Trump.

Thank you so much. Please, please have a seat. My wife Anne and I are so proud of Hillary Clinton. I'm proud of Hillary Clinton because she has been and is a great history maker in everything she has done - as a civil rights lawyer, and First Lady of Arkansas, and First Lady of this country, and senator, and Secretary of State. She has made history. In a nation that is good at so many things but that has made it uniquely difficult for a woman to be elected to federal office.

As Nov. 8 draws closer -- more and more ads, polls, and political pundits are defining what the election means. WUSF News is turning to you to learn the issues that will decide your vote.

So,we set up "Listening Posts" around the Bay Area.

Seeking Harmony After The Election In 3 Poems

To get past this week's divisive presidential election – some people are choosing to move forward and work together as a community. So, WUSF News reached out to an expert in conflict resolution for some ideas.

Holy Name Monastery is nestled in the rolling hills of Pasco County. It was founded by the Benedictine Sisters  of Florida 127 years ago, and has a tradition of offering a “welcoming hand, kind heart and listening ear” to those who seek harmony with others.