SunRail Gets More Than Twice As Many Daily Rides As Predicted 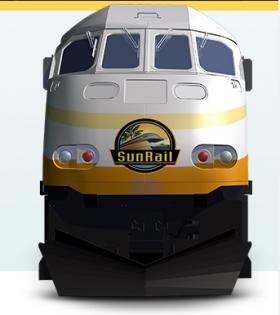 The Orlando-area SunRail commuter train has gotten more than twice the anticipated number of daily riders since it opened on Thursday. Transportation officials say the demand is expected to slacken once they start charging for rides later this month.

“This is history that occurred here in Central Florida," he says.

On day one, people took almost 11,000 rides down the 32-mile track. Olson says ridership has dropped each day since then, but numbers remain far above the state’s target as people take advantage of free rides. On May 19, maximum fares of $4 go into effect.

“It’s a pretty good bargain, especially when you look at parking in a downtown metro area like Orlando," Olson says.

He says if trains continue being as crowded, SunRail could consider adding a car or more daily trips. And the state could look at night and weekend service, something he says many riders have requested. But he says any changes would likely require more state funding.

SunRail runs north and south of Orlando through three counties. The track is expected to nearly double in length by early 2017, pending federal construction funding.

This November, voters in Pinellas County will decide whether or not to raise the county's sales tax to 8 percent -- the highest in the state -- to fund Greenlight Pinellas.  That's the transit plan that would expand bus service and help build a light rail connecting Clearwater and St. Petersburg.

Transit is changing in other parts of Florida, and we take a look at the first phase of SunRail, which opened this month in Orlando.

Listen
Listening...
/
4:33
The first phase of SunRail in Orlando is complete, and as WMFE's Nicole Creston reports, this has officials wondering how do you convince folks to give up driving and use mass transit?