A plan to regulate ridesharing companies statewide is heading to the Governor’s desk. After years of debate, the bill flew through the Senate Wednesday with virtually no complaints. 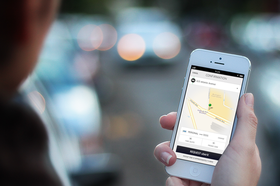 The Florida Legislature wants to open the door for tech transit companies like Uber and Lyft. The plan would put workers for the app-driven companies under the same rules from Pensacola to Key West. St. Petersburg Republican Senator Jeff Brandes has been trying to get this bill passed for years.

“The Florida League of Cities is fundamentally opposed to preemption of local governments. And under this legislation, cities and counties would have zero authority to regulate or address concerns with transportation network companies,” Sirjane-Samples said.

“TNCs would only be required to conduct a background check on their drivers every three years, which would result in drivers committing criminal acts still being able to drive within that window,” she said.

Critics have raised concerns about how the new rules could affect transportation for people with disabilities. Currently, local governments partner with taxi companies to invest in accessible cars and subsidize fares. Wendy Rainer of Tallahassee has relied on the Yellow Cab Company for years.

“We want to get out and about just like everybody else. And we can’t always do that accessibly without being assisted by somebody else in and out of a vehicle,” Rainer said.

“It wouldn’t fit into Uber’s business model to offer that service. Because it would require investment by individual drivers in these specially equipped vehicles,” Farmer said.

Many complaints are coming from Floridians who do this work professionally – taxi drivers and public transit workers like David Bucik. He’s now retired in Sarasota County but he doesn’t like where the industry is going.

“When I put my uniform on and went to work people had a trust that I was trained, a trust that I knew what I was doing. And in this bill I don’t see any oversight for these Uber drivers especially,” he said.

As the legislature embraces new and changing technology, Senator Farmer says there will be growing pains.

“Often times we have situations where technology sort of outpaces government. And I think this is one of those instances. Uber has built a newer, different, some say better, mousetrap. And we’re trying to deal with that,” Farmer said.

Wednesday’s vote was nearly unanimous, with only Clearwater Republican Senator Jack Latvala voting against. The bill now heads to the Governor’s desk.

The Florida Senate is poised to pass a bill that accommodates ride-hailing services like Uber and Lyft by not subjecting them to a medley of laws imposed by local governments.

Ride Hailing Bill Revving Up In The Senate

A Senate panel is giving the thumbs up to a measure establishing state-wide regulations for ride hailing services like Uber and Lyft.