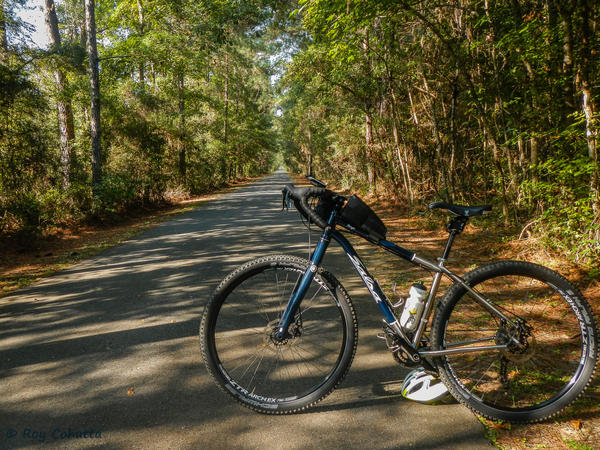 Advocates for a project that could connect the entire state via bike trails hope to get a chunk of new dedicated funding from Amendment One.

The big plan is to re-purpose old abandoned railways to connect existing bike trails across the Sunshine State.

Once it’s all done, advocates say the trails would make the state a worldwide biking destination. Residents and tourists would be able to bike from the Northeast corner of the state all the way to the Southwest and across Central Florida and the Everglades.

It’s a massive project. But, Dale Allen, president of the Florida Greenways and Trails Foundation, said it could be fully paid for if lawmakers dedicate 10 percent of new land conservation funding to it.

“Part of Amendment One was to create a statewide system of greenways,” Allen explained. “And greenways connect conservation lands and trails are part of what makes greenways work. So, this is not at odds at all with amendment one and with any of the conservation organizations, especially when they stop and think about the huge benefit this will bring to Florida’s economy.”

Allen said an immense coalition supports the connector trails. It’s not just a boon to the state’s tourism industry, he said, health advocates are also pushing for more public access to bike trails across Florida.

“It’s a very low-cost, high return way to get millions of people outdoors and enjoying our year-round economy,” he said. “Boost the economic benefit to a lot of rural and mid-size areas, which are going to be huge beneficiaries to these trails. And once people see these corridors they are going to go back and visit them again and again.”

Allen said the trails could also solve another problem. Florida is currently a really unsafe place for pedestrians. Allen said having more off-road trails is also a public safety priority.

Right now, a coast-to-coast connector trail is being built across Central Florida. Allen said the project would also fund a trail connecting cities in the Northeast as well as a trail connecting from Naples all the way to Tampa Bay—and more.

However, moving forward, Allen and others are going to have to convince lawmakers and environmentalists to support spending more than $2.5 billion on the trails from the state’s Amendment One coffers.

Midterm elections are this Tuesday.  Florida voters will be voting for governor, along with three proposed amendments.

When the economy underwent a downturn in 2008, legislators began sweeping trust funds and diverting money used on land preservation and conservation to other causes.  But when the economy recovered, the money was never restored. So enough signatures were collected on petitions throughout the state to place Amendment 1 on the ballot.

Note: Every day this week, we’ll be taking a look at amendments on the Florida ballot.

We start with Amendment 1: the measure setting aside public money for environmental conservation. Supporters of the amendment say it’s a way to accomplish what the Legislature has failed to do. But opponents say the Constitution isn’t the place to write state budgets.