A state lawmaker is once again trying to expand protections for Florida’s black bears. The bill sponsor says the plan should benefit conservationists and hunters. 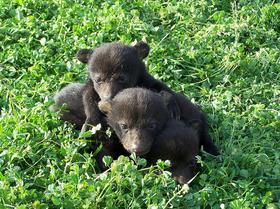 In 2015, Florida hunters killed dozens of mother black bears, leaving cubs orphaned and fueling public outrage. Democratic Senator Linda Stewart of Orlando wants to prevent that from happening again. Her bill would prohibit the hunting of mother bears with young cubs. It would also provide protections for the animals’ habitats and limit prescribed burns during hibernation season.

“It’s pretty straight forward. It’s three simple things that we’re asking for. It’s not on personal property lands. We’re not going there. We’re only going for state-owned lands that the state has control of,” Stewart said.

Stewart says without adequate protections, the black bear's recovering population numbers could reverse. She says neither conservationists nor hunter should object to her plan.

“It’s not a matter of controlling the population. You may not even have a population if you don’t protect them,” Stewart said.

The Florida Fish and Wildlife Conservation Commission first pitched bear hunting as a species management tool. But commissioners have postponed the 2017 and 2018 seasons due to public criticism.