Stage Set For Negotiations On Charter 'Schools Of Hope' Plan 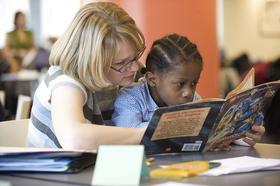 Florida lawmakers appear to be moving forward with a House priority bill boosting funding to charter schools that set up near chronically failing public schools. The measure, dubbed schools of hope, is a priority of House Speaker Richard Corcoran but its final form is still being debated.

Corcoran wants to see fewer mom and pop schools and more high performing charter networks serving Florida children in failing public schools. And he believes his $200 million schools of hope proposal is what it’s going to take to get such networks into Florida.

“These are young kids, young kids, stuck in schools, for five years in these failure factories. And what you’ve robbed from these kids is their dignity and hope. And we’ve put hundreds of millions of dollars into a program that says enough is enough. This has got to end," he told the Florida Channel's Beth Switzer during an interview earlier in the month.

The House Speaker believes the high performing charter networks will come to serve students who may be years behind in grade levels. But the measure has also been met with skepticism by democrats, teachers and school district officials. The Senate has voiced support though.  Sen. David Simmons,R-Maitland, has said he wants to extend additional help to those failing public schools.

Earlier this week, the Senate revealed its version of the plan, which doesn’t include any language regarding struggling public schools. SB 796 is, according to the Florida Education Association’s Cathy Boehme "Schools of Hope with a different label.”

But another measure, SB 1556 does address Simmons’ earlier promise to traditional schools. His bill includes language establishing an early warning system to identify struggling students and get them support. It also changes how the state deals with schools that get "D" or "F"grades. The House wants to eliminate the district-managed turnaround option and jump right into more severe interventions like closure, or conversion, or student removal to others.

But the district turnaround stays in the Senate bill. The Senate also adds and prioritizes three new options: a one-hour school day extension, a community partnership model to provide health, after school and social services like clothing banks and food pantries; plus a principal autonomy plan that gives greater leeway to principals to hire and fire personnel.  Latvala says both measures are setting the chamber up to negotiate with the House on what Schools of Hope will eventually look like.

The measure is now caught up in budget negotiations between the two chambers, and the final product is likely to include parts of the Senate bills and House plan.  But what stays and goes is largely unknown and so is the price tag. The House wants 200-million dollars. And questions remain. Like what the tradeoff is for the proposal.  Lawmakers have said previously the House proposal would be tied to Senate President Joe Negron’s bid for a water resorvoir south of Lake Okeechobee, but Negron wouldn’t specify what the trade was, or is.

“We’ve talked all session long about the speaker having priorities regarding charter school opportunities…also having incentives for our Best and Brightest teachers…and I’ve been talking about higher ed….so I think it’s incumbent on me in the Senate to make sure priorities both of us [Corcoran] share get passed in the last week," Negron said.

The measure has at least one more stop in the Senate before negotiations begin on Schools of Hope.

Jacksonville Superintendent: 'Schools of Hope' Are A Fast-Track To Closing Community Schools

The state Senate is considering a $200 million program passed by the House that would speed up the process for closing underperforming public schools and funding charter schools in their place.

The Florida House is signing off on an ambitious $200 million plan to shift students from chronically failing schools to charter schools run by private organizations.

The Florida House will vote this week to establish what members call “schools of hope.” Democratic lawmakers say Republicans want to spend more than a billion dollars over several years on charter schools while starving public schools of funding. But Republican lawmakers and charter advocates argue public schools are failing to educate students.