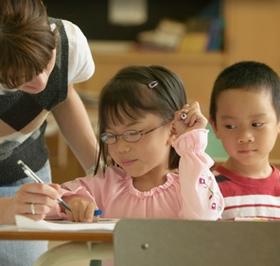 There’s renewed interest in requiring public school districts to share a portion of their locally generated school maintenance funds with charter schools. It’s an argument that’s been around for years and some lawmakers are worried about what that means for the state’s traditional schools.

Charter schools are public schools operated independently of districts and with more flexibility on things like curriculum, building standards and hiring. Florida’s first charters appeared in the 1990’s. And at the time they were created, longtime Florida School Board Association lobbyist Joy Frank says the industry made the state a promise, "that charter schools could do it differently, cheaper."

"And they would never ask for capital outlay," she said. "Those of us who were around and know how things go, knew that at some point we’d be here today looking at how to fund capital outlay for charter schools.”

“Ms. Frank is correct," said Republican Sen. Tom Lee, one of the few lawmakers still around from that time. "When we were pitched this idea of charter schools, these things would open in shopping centers and what have you, and there would never be a need for capital funds. Well that’s changed. And we are where we are.”

Today there are more than 700 charter schools in the state operating out of a variety of buildings. And as charter school enrollment has gone up, so have funding requests. A 2011 survey found charters get less public dollars than traditional schools—largely due to a gap in how construction and maintenance dollars are allocated. The state has tried to even out the disparity by awarding more state capital outlay—known as PECO—to the charters. The supply of those dollars is drying up.

“PECO is a dying source of revenue. It’s a rounding error," said Lee.

Now the Senate is proposing a solution. Bill Sponsor David Simmons says he’d like to see the current tax cap of 1.5 mill raised to 2 mil. In exchange for the higher amount, districts would have to share a portion of the proceeds with charter schools. But in outlining her district's funding constraints, Polk County Schools’ Wendy Dodge said there’s not enough revenue to share.

“We generate about $45 million. The requirement to share would take about 19 percent. We have over $450 million dollars in debt, and that would remove $25-million dollars," from the system, she said.

In its current form the bill says districts that can’t come up with the required dollars must get them from elsewhere in their budgets, making many members of the Senate’s K-12 committee uncomfortable. There was much conditional support. Sen. Tom Lee says instead of targeting local funds, the state should look at its education funding formula.

“I’m concerned about unintended consequences through disparate standards, and some of the higher cost students ending up in the public system, in that that without meaning to, we’re destroying the public system.”

The plan is slated to undergo further changes as it moves through the legislature. And Republican Sen.David Simmons says he’s willing to look at other ways to fund construction and maintenance for public and charter schools.

"The idea is to solve this problem rather than doing nothing about it. We have a crisis on our hands and we have a need to ensure there’s equity and appropriate funding within our entire capital outlay system, whether it’s to traditional public schools or charter schools.”

Simmons is hoping to craft a measure that will find acceptance among state House members. But the chamber’s leaders have stated they are opposed to any perceived tax increase. If Simmons raises the local cap—that could be seen as raising taxes on Floridians.