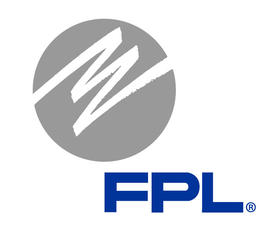 A proposal allowing Florida Power and Light to charge customers for exploratory natural gas drilling has cleared a key senate hurdle, despite numerous consumer concerns. The company calls the move a hedge against future fuel increases.

“With respect to hedging, or hedging losses, I very much view hedging to an insurance policy much like your homeowners insurance," he told the Senate Rules committee Tuesday. "You pay a premium, your house doesn’t burn down at the end of the year, you don’t complain about the premium and you don’t ask for your money back. That’s what the opposition is doing here -- is asking for their money back.”

“I’m just trying to show everybody, make sure everybody understands for the first time we’re potentially making people pay for exploration and the utility will get a rate of return on that exploration," he said.

Latvala says consumers will bear all the risks of the investment and that’s a problem for the many environmental and consumer groups opposing the bill. Among them, the AARP, Sierra Club, and Kim Ross of ReThink Energy Florida. She says investments in natural gas amount to money that’s not going into renewable energy sources:

“This bill will increase Florida’s reliance on natural gas, it will lead to greater investment into natural gas and pipelines and that in turn results in a dis-investment," Ross argued.

At issue are provisions in Republican Sen. Aaron Bean’s bill (SB 1238) that allow the state's utility regulation agency, the Public Service Commission, to approve cost recovery for natural gas investments.  Florida Power & Light has invested in an Oklahoma Company that does fracking for natural gas. Last year the Florida Supreme Court ruled the PSC overstepped its authority in allowing FPL to charge customers for the investment.

"We had something called nuclear cost recovery fee that passed when I was out of the legislature, but it’s come up to bite a whole bunch of us in the butt here," said Latvala, likening the measure to the state's move allowing utilities to charge customers for nuclear power plants that may never be built.  Maybe it’s okay, but I think everybody ought to understand potentially what’s happening," he said.

Latvala pushed through several amendments to the bill including one prohibiting companies from investing in fracking or similar practices in Florida. Another requires FPL to only invest in natural gas wells that have a strong likelihood of producing natural gas. The measure passed 7-3 in the Rules committee and is now heading to the Senate floor.

Bill Would Allow Companies To Charge For Outside Fracking

Florida power companies may soon be able to charge customers to fund out-of-state fracking projects under a measure that is moving ahead in the Florida Legislature.

The fate of a statewide ban on hydraulic fracturing appears sealed now that a powerful Republican is calling it quits.

A rally to drum up support for a bill that would ban fracking for oil and gas in Florida is expected to draw people from around the state Wednesday morning on the steps of the state capitol. Hundreds are expected to attend from throughout the state.

The rally will feature appearances by State Senators Jack Latvala of Pinellas County and Gary Farmer of Fort Lauderdale. They're backing a bill to ban the practice of hydraulic fracturing, or fracking, that has been introduced by Sen. Dana Young of Tampa.

A 'Ray' Of Hope For Fracking Legisation This Year

The House Majority Leader says there’s a chance a hydraulic fracturing bill could pass the Florida Legislature this year.