Most people don’t think about the septic tank until it needs to be pumped out. And even then, most people don’t care where the stuff goes when the smelly truck pulls away. But as Jim Ash reports, some lawmakers are looking at the final destination closely and environmentalists are concerned. 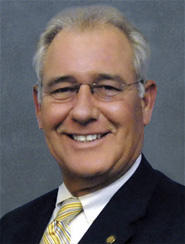 Before we talk about septic tanks and sewage sludge, we need to get rid of the urge, so to speak, to make jokes. So here’s Kami Suggs, owner of Leesburg Septic, talking about a growing problem for her industry  -- where to dump her honey trucks.

“I mean, right now, in Lake County, I’ve got three dumps at my disposal. Pardon the pun there.”

Beginning next year, it will be illegal to sump sewage sludge on land. But a pair of Republican lawmakers have bills that would reverse the ban and let the current dumping continue.

Suggs charges up to $275 for a pump out and takes it to an approved landfill. But if the new regulations happen, and one of the dump sites closes, she says that’s going to change.

“We’ve got to dump our trucks, so the only thing I can see is that the prices are just going to go sky high.”

It’s a big deal. There are nearly 3 million septic tanks in the state. They generate some 100 million gallons of sludge every year.

Some ends up on highway shoulders, plant nurseries, or is mixed into soil for growing hay. And some of it’s dumped indiscriminately on open fields, says Eric Draper, executive director of the Audubon of Florida.

Draper says every sewage sludge hauler should be forced to do what Suggs does, take the sludge to a treatment facility or approved dump.

Senator Greg Evers, a Republican from Baker, has a bill that would do away with the new regulations. He calls it common sense. There aren’t enough sewage treatment plants to get rid of septic tanks, he says. And there aren’t reasonable alternatives to land application.

“And so we have to do something with the waste that’s pumped out of those.”

Evers considers himself somewhat of an expert. He’s one of the nearly 3 million on septic tanks.

“A lot of the things that I do in Tallahassee is from self-experience, or things that I’ve been around. It adds a little common sense.”

Evers’ bill has yet to move in the Senate. A House version doesn’t go quite as far. Sponsored by fellow Republican Brad Drake of Eucheeanna, it would simply extend the original 2015 deadline by two years.

Where Evers sees common sense in the move, Drapers sees another force at

“The septic tank haulers got it delayed by a year and now they’re trying to get it delayed again.”

Five years after the Legislature set the deadline, the Department of Environmental Protection continues to study the problem. It’s expected to finish the study in two years.

Legislature Has New Formula For H2O

Just three days after the start of the session, the House approved a massive plan to rewrite state water policy, setting the stage for weeks of negotiations with the Senate. As Jim Ash reports, the legislation emphasizes the Everglades, Lake Okeechobee and natural springs.

While some scientists say Florida is the state at the greatest risk of the effects of global warming, the Florida Center for Investigative Reporting says state officials feel otherwise.

The Florida cabinet approved a pair of land purchases Tuesday that it says will aid in efforts to manage water retention in Southwest Florida.