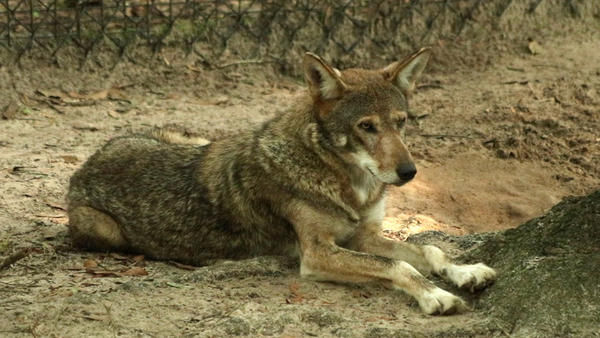 Once upon a time, the Red Wolf roamed the south and eastern United States, from Texas to Pennsylvania. Today, there are fewer than 40 wolves left in the wild. The species is what’s called “functionally extinct”— with most of the remaining 200 or so wolves in captivity. The Trump administration is proposing changes to the Endangered Species Act that conservationists worry, could end what little protection the Red Wolf has left.

Shrouded among big Cypress and Spanish Oak trees and backing up to a swamp, is the Tallahassee Museum, with its wooden structures, metal gates, and sand and dirt covered paths. It’s spread over 52 acres, and chronicles Florida’s history—from a small, reconstruction-era one-room school house, to the grand plantation-style home of a descendant of George Washington. It’s also home to Florida’s wild history— bald eagles, and owls, gopher tortoises, panthers, black bears and the wild turkey, which has formed a bond of sorts with Museum animal Curator Mike Jones. He gobbles at it, and it gobbles back. 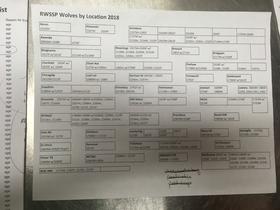 For the past year, Jones and Assistant Curator Suzie Buzzo have watched over a pack of Red Wolves that are calling the Museum home. This group includes a mother and father along with their four pups. They represent a species that’s pretty much extinct in the wild. Because their numbers are so small, conservationists have to carefully monitor how and when the wolves breed.

“At this time, the mother wolf we have, she’s already had two litters and they’ve been decent sized litters, and they don’t want her to breed this year because she’s too overly represented. So they have to go up the line…and get the best pairs with the least genetics in common," Buzzo explains.

This careful selection has brought the population from 14 in the 1970s, to more than 200 today. But attempts to reintroduce the Red Wolf into the wild have been challenging at best. At one point, there were up to 130 wolves living on wildlife reserves in North Carolina. But some wandered off and were shot when people mistook them for coyotes. That led to a hold placed being placed on further introductions. Now the remaining 35 or so wolves on the reserve are facing a new threat under proposed rule changes to the Endangered Species Act.

“They’re [U.S. Fish and Wildlife officials] are going to reduce the protections for any wolves that wander off the refuge, and what we learned in the meeting is that there are more than one of the wild packs that are currently living off the refuge, so the reduced protections could get those wolves shot," Buzzo says.

Those proposed changes could also lessen the changes of Red Wolves in captive breeding programs like the Tallahassee Museum’s ever being released.  The Trump administration says it’s trying to strike a balance between the needs of people and the needs of the environment. But Jones thinks that’s a false choice. 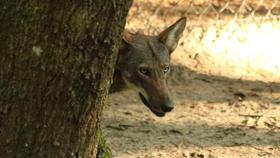 “We have to decide whether we want to develop the whole world or if we want to leave places for wildlife to live, and what is the intrinisic value, you know?”

As for the pack in Tallahassee, the father will go to a facility in Louisiana to be bred with another female, and the lone female pup will get her pick of mates at a facility in. The last day for the public to comment on the proposed rule changes is Monday, July 30th. Comments can be submitted to the federal register.

U.S. Fish and Wildlife Service officials are asking Floridians to help with a five-year review of 35 endangered or threatened fish, wildlife, and plants.