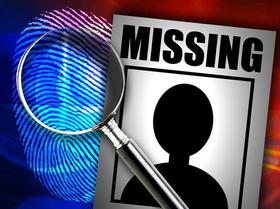 “Project Leo” could launch statewide, under a bill that has passed its first House committee. It would make it easier for law enforcement to track missing people with special needs.

“Project Leo” is named after a young autistic boy, who went missing in 2014. Three days later, Leo Walker’s body was found in a body of water.

It happened in Live Oak, where Buddy Williams leads the city’s police department.

Named after Leo, Williams supported efforts to create a pilot program called “Project Leo” in statute. It allows law enforcement to use GPS-like technology to track these kids prone to wandering off.

“Two minutes, three minutes, five minutes could save a life,” he added. “We GPS our phones, our cars, and everything else that’s got monetary values. Why can’t we do it for our children, our most precious resource?”

“There was—this past year—an eight-year-old child in Mayo, Lafayette County, who wondered away from his home,” she said, during a recent committee hearing. “And, this is a county that only has eight total sheriff’s deputies. And, it’s a large county, very rural, very wooded, and he had one of these devices. They were able to find the individual within 15 minutes. He was a quarter mile from home, and 200 yards from the Suwannee River, and if any of you know anything about autistic individuals, they are drawn to water unfortunately with tragic circumstances.”

The “Project Leo” pilot has run in the following areas: Alachua, Baker, Columbia as well as Hamilton, and Suwannee counties. Now, a new bill by Porter expands that effort statewide.

“This bill would expand ‘Project Leo’ statewide, and permits any institution in the state university system to participate in a program that provides these personal aid devices to aid search-and-rescue efforts for persons with special needs in the case of elopement, which is common for individuals with autism to do,” she added. “The bill makes the University of Florida responsible for developing criteria for the selection of participants in the project.

The University of Florida’s Center for Autism and Related Disabilities, or CARD will actually be responsible for developing criteria for the program. And, Porter says CARD officials are already looking into how to make this program more accessible to affected Floridians and law enforcement.

“It provides devices and equipment, provides training to deputies, and it creates public awareness materials, and social media communications that would be utilized throughout the state in order to promote the availability of these products and the project itself to the individuals and families of individuals who are affected by their children or their relatives that have these autism-related spectrum disorders,” she concluded.

Porter’s measure has so far passed the House Criminal Justice Subcommittee, and has two more committees to go before it heads to the floor. Meanwhile, the Senate version of the bill has not yet had a hearing.

The sheriff in Pinellas County has fired a decorated deputy who was recorded taunting an autistic student at the middle school where he provided security and guidance.

Governor Rick Scott recently signed a bill into law requiring autism awareness training for Florida’s law enforcement officers. But, some may not see the merits of the new law—that gained traction after a high profile incident last year.