No Simple Majority: The Complications Of Florida's Ballot Initiatives 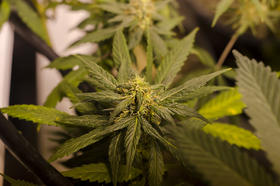 There’s been more than a little grumbling from some quarters about Amendment Two failing to pass despite garnering support from the majority of voters.  But there are some pretty good reasons for requiring a supermajority.

Back in 2006, Florida voters passed a measure called Amendment 3.  It raised the threshold for passing ballot initiatives in all future elections from the simple majority of 50 percent-plus-one to supermajority of 60 percent.  Supporters at the time argued the ballot initiative process was being taken over by special interests.

Oddly enough, the amendment that raised the bar wouldn’t pass muster with its own requirements.  The 2006 Amendment 3 passed with just 57.7 percent of the vote.  In this year’s election, Amendment 2—the one legalizing medical marijuana—reached almost exactly the same mark, finishing at 57.6 percent.   With the supermajority requirement in place, though, it failed.

That being said, University of Florida political scientist Dan Smith says Florida has a relatively large amount of support in comparison to states that have passed marijuana amendments.

“58 percent of support is higher than most measures that have passed across the country for medical marijuana,” Smith says. “We have that 60 percent threshold.  Most other states—we’ve got 24 other states and the District of Columbia, which now has decriminalized—you don’t have to get to 60 percent you only need to get to 50 percent-plus-one.”

Some students at Florida State University are upset the measure didn’t pass.

“I thought it was really unfair,” Saadiqah Jackson says, “because if we’re voting, and then we fairly won the—we fairly won the argument, then we should, it should’ve been passed.”

“The majority votes for this to pass, and we’re still having this dispute about it.  Why is it sixty percent if it’s mostly the majority that voted yes?” Ortiz asks.

But, most students are a bit more sanguine.

“I mean it doesn’t make a difference to me,” Travis Hett says.  “It doesn’t affect me directly at all.”

Another student expressed faith in the system, saying the rules are in place for a reason, and even more simply didn’t have an opinion.  Constitutional lawyer Sandy D’Alemberte believes most people form ad hoc opinions about the supermajority based on specific issues.

“I think most of us are not purists on this issue,” D’Alemberte says. “I think most of us are going to react on individual provisions about whether we like them or not, and so I confess to really having the same position.  If you asked me overall whether I think the 60 percent is a good thing, I have to say that, I think—looking back on it—I think it probably is a good thing.”

And D’Alemberte says it’s not like 60 percent was picked out of thin air.

In the wake of Amendment 2 failing earlier this week, activists and even some lawmakers have expressed hope the state Legislature will take up medical marijuana in the upcoming session.  But after all, it took an amendment to force the Legislature’s hand in funding environmental conservation—Amendment 1—and that initiative had far more support than medical marijuana.  It garnered the approval of nearly three-quarters of the electorate.

So, come 2016, Florida voters may get reacquainted with John Morgan, the personal injury lawyer who bankrolled the “Yes On 2” campaign. He’s already made noise about renewing his efforts in the next cycle.

The hot ballot issue in Florida in November is Amendment 2, which would legalize the medical use of marijuana in the state.

Backers of Amendment 2 say it's the compassionate thing to do for people with serious illnesses whose symptoms can be lessened with marijuana use.

Opponents say it's just going to open the door for abuse.