With New Law In Place, Some Look Toward Next Chapter In Dozier Saga 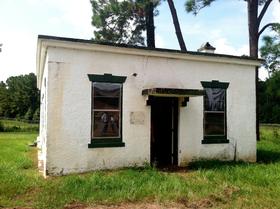 A new Florida law allows the state to pay for the reburial of boys’ remains found on the grounds of the now-defunct Dozier School for Boys as well as helps take care of the unclaimed remains.  Some stakeholders are now looking toward next steps associated with the new law.

“Not only did they close the school, but when Professor Erin Kimmerle and University of South Florida got in there and found the rest of those bodies,” he said. “That was really something. I mean, they dug those kids up and got, I believe, seven or eight to their families already and that’s more that I could have ever hoped for and now this.”

Straley is part of organization called the White House Boys, made up of former wards of the Dozier School who say they survived alleged physical and sexual abuse.

For decades, the bodies of boys who died from the alleged abuse were rumored to be on the property. A few years, ago researchers had found 51 remains in 55 unmarked graves.

Straley says he’s just glad the legislature set aside money for the families who were DNA matched with their loved ones to rebury them and the Governor signed it into law with the Florida Cabinet’s support.

“You know, this administration really, really did a good job of addressing a situation that happened five decades ago and brought it into this time period and dealt with it, and nobody has ever done that before. Governor Claude Kirk did stop the floggings, but that’s as far as it went. He never brought in Department of Justice or charged anybody,” he added.

The new law—which immediately took effect—also sets up the Dozier Task Force tasked with creating a memorial for the unclaimed remains and determining its location. Made up of different stakeholders, included is a seat for a former ward of Dozier appointed by Florida Chief Financial Officer Jeff Atwater.

There is an application process and Straley says he’s applied because he has knowledge on this issue.

“You know, I spent eight years on this, and I don’t think anybody knows this story better than I do,” he continued. “But, if somebody else does it, then whatever, as long as it gets done. I suggested a mausoleum type building that’s granite, a beautiful building you can etch on it and put boys’ names on it, anything really. You could put a picture on there if you wanted to. And, so, I sent over a recommendation of one company that I found.”

Multiple people had a hand in this effort, including Senate Democratic Leader Arthenia Joyner (D-Tampa), who wrote the new law.

“It rights the wrong of a system that not only tolerated these abuses, but looked the other way year after,” she said, a couple months ago. “We can’t change the sins of the past. But, we can establish a reminder, so that they’re never repeated.”

“And, while I’m disappointed that in this process that we aren’t able to identify all the bodies and everyone that was in those grounds, my hope is that we’ll be able to bring some measure of closure and comfort for the families,” he said. “At the end of the day, these boys were placed in the hands of the state, and they deserve better than unmarked graves.”

Former Republican Governor Bob Martinez has been working with the White House Boys, like Robert Straley. He says he’s also working to get them some closure.

“Had the opportunity to talk to some of the surviving young men then, today’s most senior citizens and they have described from time to time what they faced while there,” he said. “So, I think this is a step that they needed to do to put some sunshine in a dark period of our history, and I think that part is very, very important.”

And, Straley says Martinez may be looking to get them some funds as well. He says it’s needed because this has destroyed whole families.

“I hope that something is done for these men because we’ve had over 100 men die since this happened and without any closure,” he stated. “This just wrecked families’ lives. It burned through generations. It didn’t just affect the men. I’ve had people call me up. One lady called to thank me and she said, ‘I now know why my husband beat us so severely, myself and my daughters.’ And, I said, ‘oh, your husband was at Marianna?’ And, she said, ‘no, his father was.’ And, there were men out there, that as boys that were at Marianna and they reenacted that horrible beatings on their children.”

Meanwhile, there have been past legislative efforts to compensate the alleged abuse survivors filed by lawmakers on both sides of the aisle. But, they never had a hearing.

Gov. Rick Scott on Wednesday signed a bill addressing what one lawmaker described as a "dark chapter" in Florida history at a now-shuttered reform school.

Listen
Listening...
/
4:32
Hear a preview of the discussion.

The Tampa Bay History Center recently hosted a panel discussion on the now-closed Dozier School for Boys. The reform school in the Florida Panhandle has been known for decades for abuse, torture, and even murder.

This week on Florida Matters (Tuesday, March 29 at 6:30 p.m. and Sunday, April 3 at 7:30 a.m.), we are bringing you highlights of the discussion moderated by Tampa attorney and History Center Trustee Bob Bolt.

A measure intended to help heal a community and people who suffered at a former reform school where the remains of 51 boys have been unearthed is headed to the desk of Gov. Rick Scott.

Relatives, Jackson Co. Could Get Say on Dozier Task Force

A relative of one of the boys buried at a shuttered reform school and a representative of Jackson County would be part of a task force that establishes a memorial and determines where unclaimed remains should be re-interned, under a proposal backed Thursday by a Senate panel.