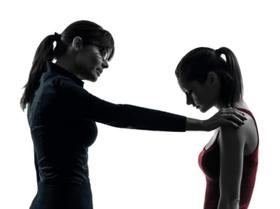 Suicide is the third leading cause of death among Florida’s youth, and a newly signed law aims to promote youth suicide prevention training in schools.

The training will be developed by the Florida Department of Education and the Statewide Office of Suicide Prevention. Rep. Dane Eagle (R-Cape Coral)—who has lost friends to suicide—says the goal of his measure is to help educators recognize the signs among their students.

“And, the saddest thing about this is—not only are we losing these kids—the saddest thing is that it’s preventable and that we’re not doing enough,” he said. “So, this bill helps to curb that by bringing something simple forward...all we’re asking is that instructional personnel in elementary, middle, and high schools will have to receive two hours of training in youth suicide awareness and prevention training, beginning in the 2016-2017 school year.”

“You always wandered about those students would come in the classroom and whether their silence was…you couldn’t tell what their silence meant,” he said. “And, I never understood for one of my students in my second year in teaching what his silence meant until we got a note that he had committed suicide.”

Florida's rural counties are seeing suicide rates for youth almost double that of the state's large cities. And experts say isolation, poverty, access to firearms and a lack of mental health resources are to blame.

In an office decorated with signs proclaiming “Safe Space,” Peggy Saddler meets with students overwhelmed by classes, fighting with friends and family or struggling with deeper problems.

The Wauchula High School guidance counselor has worked with students in rural counties for more than 30 years and said sometimes students are “shutting the door every night (with) a little bit more than teenage angst.”