Most Troops Have Left The Texas Border, And Opinions Are Mixed On What They Accomplished

Thousands of troops who were deployed to the border in the fall have left, but the Trump Administration may call for a second deployment of thousands more.

Listen
Listening...
/
Carson Frame reports that most of the troops deployed to the Texas border have left.

In November, Emily Rosales began noticing some new customers at the Hollywood Drive Thru, a convenience store in Weslaco, Tex., about 10 miles north of the border with Mexico.

They were Army troops who had been deployed to the border. They took over an old furniture store down the road and used it as a sleeping area for about 200 soldiers. 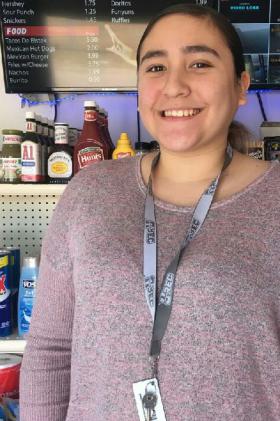 "I would see the big trucks - the tanker trucks - that they would use," Rosales said. "Sometimes the soldiers would be walking by with their backpacks. They'd come and buy like snacks and stuff."

For several weeks, the Weslaco area was a hub for the Trump administration's border-hardening operation. Active-duty soldiers installed concertina wire around U.S. ports of entry and helped the Border Patrol with transportation and medical support.

They also began accumulating equipment in a vacant lot.

"Each week, they were adding stuff to it," Rosales said. "Spotlights. Barbed wire. More tanker trucks. At first, it was like, 'Wow, this is going on here. This is a big thing.'"

But in December, they mostly cleared out of the Rio Grande Valley.

"There was business for a while until they left," Rosales said.

A smaller number of troops remain on duty at the border, and the Trump Administration is planning a second deployment of thousands of military personnel from California to Texas.

The November deployment took some border communities by surprise and created practical concerns for residents and city governments.

"But then I learned that our area is one of the main entry points for the majority of illegal immigrants," she said.

She said the mission was successful, in part because she's seen no migrant caravans cross the border in the Rio Grande Valley sector.

"I think it was smart," Garfield said of the deployment. "I think it was a tactical move that worked as a deterrent from our border here. Because those thousands of people that were supposedly coming over to our border didn't end up coming."

But Jim Darling, the Democratic mayor of McAllen, disagrees. He said there is a problem at the border with asylum seekers overwhelming the system, but he doesn't think the military deployment helped. 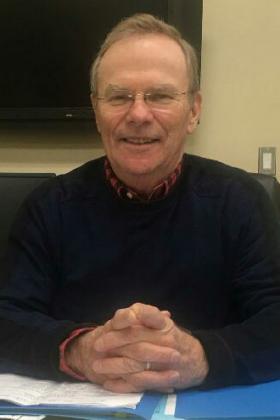 "I think it is another example of a failed border and immigration policy," he said. "It's an example of misunderstanding of the dynamics of the border. Short-term solutions don't work."

Darling said the troops also left behind a problem: the concertina wire at the port of entry bridges, some of which fall under his city's jurisdiction.

"The Army didn't ask permission or give us any notice," he said. "They went in and decided where they needed to do that. We've taken some of it down because we didn't think it was appropriate. Especially around our office buildings, et cetera. Thought it was more dangerous than preventive."

Citing environmental and safety concerns, Darling said more wire may yet come down. Local officials will meet to talk about it soon.

As the Trump Administration moves toward a greater military role at the border, some observers say the recent short-term mission made a difference in that it provided an immediate boost to border patrol.

"It was necessary as a stop-gap and as an immediate reaction to what was happening," Aguilar said. "But as a follow-on, we need to address the rest of the immigration system as I refer to it, in the U.S. that will address the problem as a whole."

"We're not going to enforce our way out of this situation," Aguilar said.

While this isn't the first time the military has patrolled the border, the mission takes them out of their customary role of fighting foreign enemies. Princeton University history professor Julian Zelizer says it may change the public's perception of the armed forces.

"Is this really just about politics or is there something genuine? The more the public thinks it's manufactured, the next time force is used or deployed - and it might be a very legitimate reason - you're going to have more skeptics about why it's all happening," Zelizer said.

President Trump used his first prime-time address from the Oval Office to make the case for his controversial border wall. The president's demand for $5.7 billion in wall funding — and Democrats' opposition — has led to a partial shutdown of the federal government.

Here we check some of the arguments made by the president and top Democrats in their response.

"There is a growing humanitarian and security crisis at our Southern border."

This is citrus harvesting season in Florida, where oranges make up the largest part of an industry that contributes $8 billion a year to the state economy. Yet, few know that the citrus business owes much of its success to the U.S. military.

Facing a shortage of pilots, the Air Force is experimenting with ways to make training programs faster and less expensive.