Moderates Have A Tough Choice In Florida Governor's Race

Florida voters have clear choices among the major party candidates for governor.

Conservative Republican Ron DeSantis and progressive Democrat Andrew Gillum couldn’t be more different in their ideologies, and that could leave a large swath of voters scratching their heads in November.

Former state lawmaker Nancy Argenziano says it speaks volumes that more than 3.5 million of Florida’s 13 million voters are registered with minor parties or with no party affiliation.

That’s why she’s returning to the campaign trail as a third party candidate.

Listen
Listening...
/
Listen to the story.

“They left those two parties for a reason,” Argenziano says. “I’ve never seen a time in history when the people who’ve left the two major parties are growing so fast, so rapidly, and I think they deserve an alternative.”

Argenziano served in the Florida House and Senate. She was appointed to the Florida Public Service Commission, then left that job. She also left the Republican Party. She became a Democrat, then launched an unsuccessful bid for Congress in 2012 as an independent.

“There’s a whole batch of people out there who feel disenfranchised from both parties,” Argenziano says. “Their perceiving is one side is so far to the left, the other is so far bat crazy to the right that they’re afraid, and they need representation, too.”

Argenziano is now with the Reform Party, running as lieutenant governor with gubernatorial candidate Darcy Richardson. She calls her ticket the middle-of-the-road alternative.

It’ll be an uphill battle, says Gregory Koger, political science professor at the University of Miami. 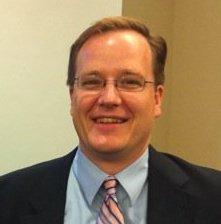 “There’s a lot of political science research going back for decades that it’s almost impossible for a third party candidate to enter a race and win,” Koger says. “It is possible for a third party candidate to get into the race and sort of mess up the outcome by siphoning away votes from one of the two major candidates - and in that way might influence results.”

Koger says the Republican ticket continues a far right-leaning trend, while Democrats made a choice to not put forward a moderate candidate.

“Andrew Gillum represents a much more progressive brand of policy,” Koger says. “On top of that, he’s a relatively young candidate and has, I think, successfully energized a lot of voters who would otherwise not be as interested in voting in Florida’s primary elections.”

Koger expects the Democrats will benefit from unaffiliated voters who don’t have a clear choice on the ballot and will want to vote against the party in power.

Both of the candidates running for Florida governor, Andrew Gillum and Ron DeSantis, announced their lieutenant governor Thursday morning.

The campaign manager for Senator Bernie Sanders had a little advice for the Democratic hopeful for Florida governor during a visit to St. Petersburg Thursday. It boils down to: stick to your guns.

The 2018 Florida primary was one of the most surprising elections in modern memory. Tallahassee Mayor Andrew Gillum surged from behind to become the Democratic nominee for governor and Donald Trump-backed Ron DeSantis took home a decisive win over Agriculture Commissioner Adam Putnam.