This week the city of Tallahassee and the Community Redevelopment Agency handed over 90,000 pages of emails, financial records, and other documents to the FBI in response to two subpoenas dated in June of 2017. Former North Florida U.S. Attorney Pam Marsh joined WFSU’s Perspectives program Thursday to shed some light on how the federal prosecution process works.

She goes on to explain the seriousness of issuing subpoenas and starting an investigation.

“Every prosecutor that I’ve ever worked with within the Department Of Justice, within the U.S. Attorney’s Office understands the enormous responsibility they have when bringing charges, when issuing subpoenas," Marsh said. "And the risk that someone’s reputation that they may have built over years and years could be ruined solely by the connection with this investigation.”

The FBI does not comment on the cases it’s investigating and Marsh says there’s a reason for that silence. 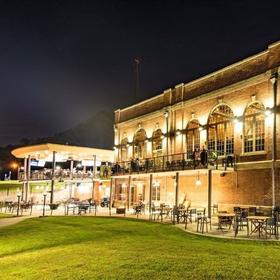 “And that’s why in my opinion, one of the most important reasons for - on the U.S. Attorney’s side - trying to keep everything confidential. So that there is no stigmatization during the period of the investigation, prior to any charges being brought where you’re just trying to get to the truth,” Marsh said.

Despite the confidentiality of the FBI, CRA critics are speculating about its involvement with The Edison Restaurant, eight local businessmen and women, and 15 companies. The subpoenas requested any documents, records, bids, applications, or proposals transferred between the city of Tallahassee and these subjects.

A veritable who’s who of Tallahassee’s political and business leaders are being swept up in a federal investigation of the Community Redevelopment Agency and some of its biggest projects.

In a move that could shake up next year's race for Florida governor, the FBI has launched an investigation into redevelopment deals involving prominent business owners and developers in the state capital.