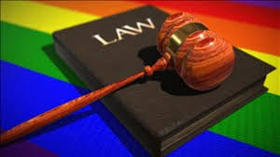 In a series of tweets Wednesday, the president said the military will no longer “accept or allow transgender individuals” to serve.

“After consultation with my generals and military experts, please be advised that the United States government will not accept or allow transgender individuals to serve in any capacity in the U.S. military,” he wrote.

“Our military must be focused on decisive and overwhelming victory and cannot be burdened with the tremendous medical costs and disruption that transgender in the military would entail,” he added.

“There’s currently over 15,000 openly transgender people in our military every day putting their lives on the line to serve our country, to preserve our freedoms,” she said. “This is the thanks that they get from their so-called Commander in Chief, calling them a burden and a disruption via a string of tweets.”

Duncan said it is overt discrimination against the transgender community.

“It’s alarming and dangerous because where does it stop?” she said. “Where does the discrimination end? Who’s next? What demographic, what part of our community that this administration wants to marginalize, who’s gonna be the next target?”

Only a year ago, the Department of Defense reported that openly transgender service members caused no disruptions.

“It’s simply wrong and it’s turning the clock back to a time of ignorance and bigotry,” said Duncan.

The group also noted the President received five deferments from the Vietnam War draft, adding that the current transgender service members have demonstrated “a greater love, commitment, and sacrifice for this country than our current President ever has.”

With same-sex marriage now legal nationwide, lawmakers in numerous states are preparing for a new round of battles in 2016 over whether to grant discrimination protections to LGBT people or religious exemptions to nonprofits and businesses that object to gay marriage.

"We've seen hotels throughout downtown St. Pete just booking like crazy," executive director of St. Pete Pride, Eric Skains said. "A lot of them are sold out. The typical ones are already sold out and a few are booking up quickly that really normally don't."

Gay Marriage, LGBT Issues to be Discussed at USF Thursday

A University of South Florida graduate who was one of the lawyers in a ground-breaking gay and lesbian rights case will speak at his alma mater Thursday night.