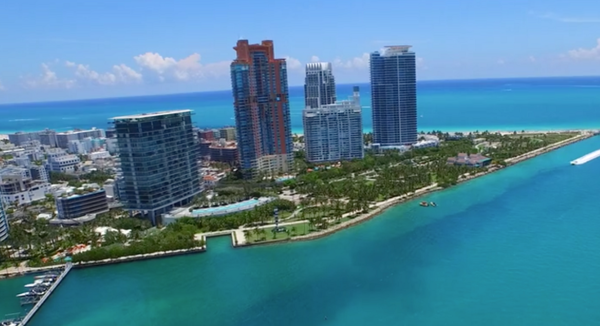 The City of Miami Beach is in a battle with the state that could impact hundreds of Florida municipalities. It’s about home rule and the city’s ability to set its own policy when it comes to wages.

Florida’s minimum wage is $8.25 an hour. The amount may go up each year based on changes in the Consumer Price Index.

Miami Beach leaders voted two years ago to approve a higher minimum wage than the state.

Listen
Listening...
/
Listen to the story.

“In Miami Beach where the cost of living is higher, our work force suffers exponentially higher," says Assistant city attorney Rob Rosenwald. "Miami Beach City Commission decided in 2016 that it was only fair to give a raise to the lowest wage workers in our city.”

A circuit judge overturned the city’s ordinance, and an appeals court agreed the state’s preemption law does not allow the city to set its own minimum wage.

“In 2003, the legislature passed a law that said no local government may have a local minimum wage higher than the federal minimum wage," Rosenwald says. "In immediate response to that, within 60 days, folks had started gathering signatures to pass a constitutional initiative that raised the minimum wage from the federal level and created a statewide minimum wage, and also said that it did not preempt or limit the authority of any other public body to mandate a higher minimum wage.”

So, which rule takes precedence – the 2003 state law or the 2004 constitutional amendment? The Florida Supreme Court has agreed to take up the case.

Business groups that challenged the legality of the Miami Beach ordinance include the Florida Retail Federation, the Florida Chamber of Commerce, and the Florida Restaurant & Lodging Association. They oppose the additional mandate on local businesses.

If the Florida Supreme Court rules that the 2004 constitutional amendment prevails over the older state law, Kraig Conn, general counsel for the Florida League of Cities, says that would open the door for 67 counties and 412 cities to adopt their own minimum wage ordinances.

CONN: We believe - with the adoption of the constitutional amendment - that had the effect of nullifying the state preemption from 2003.

WFSU: Why did lawmakers feel the need to pass that bill in 2003?

WFSU: Miami Beach city attorneys recently filed a legal brief asking the Supreme Court to issue a ruling by January 1st...The league signed on to file a friend-of-the-court brief in support. Why did you guys feel like you should sign on as a friend of the court in this case?

CONN: The core foundation of the Florida League of Cities is to protect municipal home rule powers, and that's the power of local decision makers to address local problems.

Next week, we'll hear from a business group fighting the Miami Beach ordinance.

Six bills from the 2017 legislative session became effective with the arrival of the New Year.

Florida's minimum wage will increase by 15 cents next year.

Florida voters approved a statewide minimum wage in 2004. The Florida Minimum Wage Amendment was approved by a 71 % margin.  It’s recalculated each year based on the Consumer Price Index.