Florida lawmakers want to give officers more authority to use blood tests in misdemeanor DUI investigations. But some are sounding the alarm on the plan’s unintended consequences. 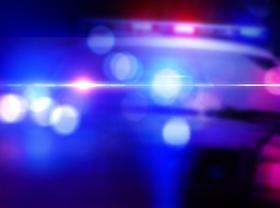 If you drive in the state of Florida, you’re automatically consenting to some testing, if you are suspected of driving under the influence. It could range from a field sobriety test to a breathalyzer or urine screening at the jail. Republican Representative Sam Killebrew of Winter Haven wants more blood testing in the mix.

“This bill allows law enforcement officers to obtain search warrants to draw blood for blood alcohol testing in misdemeanor DUI situations. And that is the bill,” Killebrew said.

The bill got its first committee hearing Wednesday. It’s often a cursory review process. But this time, the bill sponsor appeared unprepared and ill-informed. Lawmakers had a lot of questions, and got few answers. Here’s Miami Beach Democratic Representative David Richardson.

“Uh, thank you. At this time there is nothing in there, no sir,” Killebrew answered.

And if there’s no clinic nearby?

“That’s a good point. We have not thought about that process,” Killebrew said.

Committee Chairman Ross Spano pointed out, there are other blood testing procedures in place for other criminal offenses. But would investigators be able to use the evidence for separate cases? Spano says the current bill doesn’t address that.

“What I’m being told by staff is it’s not specifically addressed in the bill. But I’m certain it is however Representative Killebrew’s intent that it be confined to this one particular instance. So if there’s something we need to do moving forward to clarify that, we can do that,” Spano said.

“Assuming this bill would move forward through the process, would you be amenable to working with some of us to try and maybe rein in, I think, some of maybe, perhaps the unintended consequences of what this bill might potentially do?” Grant asked.

But before the bill could come to a vote, Chair Spano called an audible. He put the committee on hold, and asked Killebrew to step outside with him.

When the representatives returned, Killebrew asked to temporarily postpone the measure. That often signifies lawmakers know they don’t have the support they need. The move means Killebrew will get another chance to address his colleagues’ concerns, before they decide whether to table the bill entirely.

Ignition interlock devices would be required for individuals who repeatedly refuse tests for driving under the influence under a Senate proposal strengthening penalties for those who decline the tests.

Alcohol Linked to Growing Number of Deaths, Accidents Among Women

Women are drinking more heavily, and alcohol is behind a growing number of their deaths, according to a Washington Post analysis of federal health data.

The number of white women dying from alcohol-related problems rose 130 percent nationwide since 1999; for Hispanic women, alcohol-related deaths grew by 30 percent in that same time frame. Federal health data shows the prevalence of binge drinking among women up by more than 40 percent since the late 1990s, leading to more ER visits and a growing number of accidents, injuries, and chronic diseases.

If you drink more alcohol than you want to or should, you're not alone. A nationwide survey by the National Institutes of Health found that 28 percent of adults in the U.S. are heavy drinkers or drink more than is recommended.

Yet, most heavy drinkers don't get the help they need.