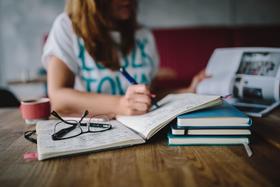 A report from the Federal Reserve Bank of New York says on average, recent college grads are leaving school with more than $30,000 in debt. And Florida lawmakers worry many of those students haven’t given much thought to how they’ll pay that money back.

Senator Aaron Bean (R-Jacksonville) says when students take out loans, they’re not often thinking about what paying those loans off might look like in the future.

“One of the things we’ve seen explode in recent years is student loans and how students can be oblivious to the borrowing that they engage in and how they’re bewildered upon graduation about the amount of payment and the amount of borrowing they have done,” Bean says.

Bean says when people buy homes they’re given a slew of information about their mortgages.

“You are given notice of the cost of that money—the true cost of that money, which is called a truth in lending statement. It’s what the government requires lenders to provide you to what the actual interest rate is, to what the cost will be, what your loan payments will be. And that works out because you can make a sound decision,” Bean says.

And Bean says it makes sense that students should be given access to that same kind of information so they too can make sound decisions about how much they might really need in student loans.

“The fastest rising debt load in our nation right now is student loan debt. Student loan debt has dramatically increased from $350-billion in 2004 to this year $1.26 trillion,” Bean says.

And Emily Dovydaitis, a student from the University of Central Florida says having more information would be beneficial. She says she’d like to break away from the stereotype of the boomerang generation—or students who go away for college, but end up back at home later, at least in part because of the financial constraints associated with student loan debt. Dovydaitis says universities aim to help students navigate number of issues they encounter as young adults preparing to enter the workforce, and she thinks that should extend to helping them understand their finances.

“It also extends to services which aren’t just in the classroom. When I get sick I go to the health center. When I need my resume looked at, I go to career services. So, universities are looking to extend to real world issues that affect us students—like financial literacy. After all, our success as students won’t just be defined by our GPA or what jobs we find, it’s also defined by our financial security immediately following graduation," Dovydaitis says.

Lawmakers passed a bill during the recent legislative session to ensure universities provide that information to their students. The measure is now waiting on Governor Rick Scott’s desk. He has not yet taken action on the bill, but it seems likely it will garner his support. Scott has historically spoken in favor of affordable education, including this recent remark on a comprehensive education bill.

“I think it’s important that we focus on the education system for all students in our state and that’s what I’m going to do,” Scott said.

Scott has until the June 15 to either sign the student loan measure, let it pass with no action, or veto it.

Florida Matters: The Cost of College

High school seniors are starting to get their final acceptance letters - hopefully - from the colleges of their choice. While they celebrate, parents are trying to figure out how to pay for it all.

This week on Florida Matters we're talking about the high cost of college and exploring some options for families in need of assistance.

The Florida Senate will move forward next week with a proposal that would require all 12 state universities to adopt a "block" tuition policy by the fall of 2018.

I Can't Be The Only One Drowning In Student Debt

For-profit colleges have gotten some unwanted government attention lately—for aggressive recruiting and high interest rates on loans, and for misleading students about what their degrees will help them accomplish.