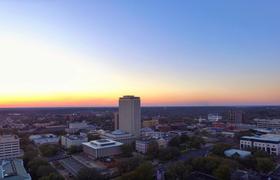 The Florida House and Senate have both passed their versions of next year’s budget. Both proposals spend about $87-billion, but the two plans remain for apart when it comes to how much of that money is put toward issues like healthcare and education.

One major difference between the House and Senate budgets is how they pay hospitals for treating Medicaid patients. The House keeps the current practice largely in place--paying more money to 28 hospitals that typically take on a bigger percentage of Medicaid patients. But Senate President Joe Negron says that system is arbitrary.

“I think Senators are prepared to move quickly to implement a fairer model that says we are going to reimburse hospitals based on actual treatment of a patient rather than what the sign on the doors says to the hospital,” Negron said.

Senator Anitere Flores chairs her chamber's healthcare appropriation committee. She says the Senate agreed to the formula in an effort to get more overall funding for hospitals during last year’s budget negotiations. But she says that plan hurts many private hospitals that provide charity care.

“They get goose egg. They get nothing. Because they don’t meet the arbitrary formula that we had to agree to last year. So what are we doing this year? We’re saying if you, hospital, provide care to an individual there should be funding that follows that patient,” Flores said.

Opponents worry the move will endanger the 28 so called safety net hospitals since they’re likely to see less funding.

The Education budget is another point of contention between the House and Senate spending plans. While both chambers tout “recording funding” in their plans, they differ in where they spend that money. The biggest conflict, though, comes in the form of major education legislation the House has attached to its spending plan. Opponents have called the move “unprecedented,” But House PreK-12 Education Appropriations Chair Manny Diaz says the practice makes sense.

But the Senate has declined to route the bill through budget negotiations and is instead sending it through the committee process.

The measure includes a scholarship program to help kids who are bullied attend private school, and a move that could disband teachers unions.

Other areas of conflict between the two chambers include environmental spending, and money for affordable housing. But Despite the differences House Appropriations Chair Carlos Trujillo points out they legislature a week ahead of where it was last year. He says now it’s time for the two chambers to pick their priorities.

“ The aggregates for the most part are relatively the same so now it’s a priority on how that money is distributed," Trujillo said.

Meanwhile, the state’s revenue estimators have released a new forecast. Senate President Joe Negron says the numbers are largely similar to the estimate lawmakers used to deft the budget and will not likely require significant change.

The power struggle between the Florida Legislature and the state’s local governments continues. That was obvious during Friday morning’s (2/9) meeting in the Leon County Commission Chambers.

With less than a month to work out substantial differences, the Republican-controlled Florida House and Senate on Thursday passed dueling $87 billion budgets for the coming year.

A bill allowing Florida prison officials to recruit more young correctional officers is continuing to move in both chambers of the Florida Legislature.

Florida lawmakers want to cut penalties for people who accidentally show their concealed weapons. The bill is ready for a floor vote in the House. But gun control advocates are worried the plan is a step towards open carry.

Physicians, certified advanced registered nurse midwives and licensed midwives who attend at-home births or deliveries in birthing centers would be required to report to the state “adverse” medical incidents, under a bill the Senate considered Thursday.