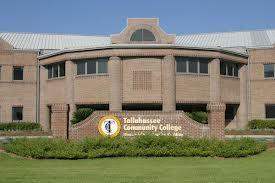 Revamping the state’s higher education system has been a priority for Senate President Joe Negron. He praises the passage of this education package, citing the benefits not just to students but also to Florida’s economy.

"When we have great universities, it’s an economic engine," says Negron. "When you see communities that are vibrant and growing, you almost always see a connection to a university presence. And secondly that our students, when they graduate from these universities, the job offers that they have, their ability to go to the best medical schools, law schools, dental schools, business schools is significantly increased.”

Negron has pushed for permanently expanding the Bright Futures Scholarship.This bill would expand the top tier, called the Academic level, to cover the full price of tuition and cover the summer term. The measure would also expand the lower Medallion level to cover 75 percent of tuition.

“This will change lives and enable students who never thought they’d be able to afford a college education to receive one,” argues Mariano.

A controversial provision added by the House would remove public university and college campus free speech zones. The measure would instead make all outdoor public areas available for free speech.

It would also allow state universities and colleges to be sued if students or others intentionally try to disrupt or hinder a campus speaker.

Proponents argue free speech zones infringe on the First Amendment by limiting what students can say and where they can say it.

But opponents worry it could open schools to unnecessary lawsuits and disrupt learning.

“It’s easy to protect soft, nice speech that everyone wants to hear. But the test of free speech is how you allow people whose ideas are unpopular to be heard,” says Rep. Joe Geller (D-Dania Beach).

Geller argues free speech should be protected, but he doesn't think this bill is the solution.

“I don’t think we’re there," claims Geller. "Because exposing our universities to this cause of action, exposing them to what should be unnecessary lawsuits and taxpayer expenses is not the answer. Although I recognize you have to have a penalty, you have to have some teeth to enforce this. I just don’t think this is quite the right solution.”

The education package calls for the state university systems governing board to evaluate changes to the way universities receive performance-based funding.

Currently, the Board of Governors conducts an audit of Florida’s public universities and doles out bonuses to top-performing institutions, with the bottom three universities receiving no additional funding.

“You can improve your retention rates, you can improve your job placement rates and you can be penalized," argues Alexander. "But then we ask you to come back year after year and compete on the same playing field. It is a flawed system.”

The bill is headed to Governor Rick Scott’s desk for approval.

Momentum has stalled for a bill that would have allowed human trafficking victims to sue hotels that do not take action and train employees to prevent such atrocities. The measure’s sponsor isn’t saying why she pulled the plan.

The Florida Senate has agreed to advance a bill that would increase school safety and restrict gun purchases following a rare weekend session in the wake of last month's shooting at a high school that killed 17 people.