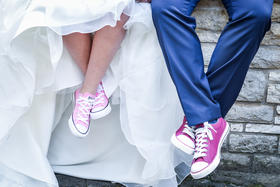 Florida lawmakers are on the verge of prohibiting marriage for minors.  Identical measures have one committee left in the House and Senate, but some conservative lawmakers want exceptions.

Sherry Johnson was the subject of a New York Times article earlier this year and now she’s prompting legislation prohibiting marriage for minors.  Monday she shared he story with state senators.

The bill is progressing quickly, but some conservative lawmakers want carve outs—particularly for emancipated minors.

“I think by passing this legislation we’re severely limiting the options to a pregnant young girl to abortion, adoption or single parenthood,” Sen. Kelli Stargel (R-Lakeland) says, “And I think they should have another option on the table which is marriage.”

Stargel explains she wants to stop “atrocities” like Johnson’s experience while making allowances for so-called Romeo and Juliet cases between two teenagers.

Florida allows minors to get a marriage license with parental consent or a county judge’s OK.   In the past five years the state has issued almost two thousand such licenses.

Florida would no longer issue marriage licenses to couples younger than 18 under bill filed Monday by Republican lawmakers.