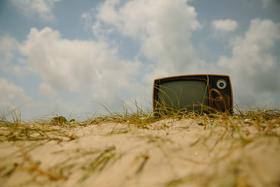 Florida lawmakers are once again looking for ways to help the sunshine state reclaim its title as the Hollywood of the South.

Senator Audrey Gibson says while watching tv, she frequently sees shows that were filmed in a neighboring state.

“I think I was watching the House of Payne or something like that last week a lot and at the end of the show there’s a tag that says, ‘Made in Georgia,’” Gibson said.

The Jacksonville Democrat says that jingle represents good jobs that are available to people in Georgia and not in her town.

“What could come from the bill that’s been overlooked is the many ancillary jobs that could come about in our communities because of film making or television series being produced in our own backyards,” Gibson said.

“Moving forward we in Florida need to make sure that we have and are thinking creatively on how to bring these high wage jobs back to Florida. We’ve lost many of those jobs to Georgia,” Taddeo said.

Gibson is co-sponsoring a bill with Taddeo that would create an incentive program to attract film and television productions to the state of Florida. Taddeo says it could help encourage more movies like Oscar winner, Moonlight, which was filmed in Miami. The program would not offer traditional tax incentives that have grown controversial in recent years, instead Taddeo says it would create a board that would provide a certain amount of financing at a special rate.

“Again, these are small entities. They have to have a trajectory and experience, but having said that sometimes it’s really hard to get the backing of a financial institution before getting that first good seal that this group that actually knows about the industry is going to be investing or believes in lending that small loan to them for their project,” Taddeo said.

But some like Tampa Republican Senator Dana Young have concerns about the proposal.

“A motion picture is a very risky undertaking. Very few films actually make it. And I’m just very uncomfortable with the concept of using tax payer dollars in such a risky venture,” Young said.

Young say while there’s no ask for public funds attached to the bill now, she believes creating a framework would lead to public funding requests. Taddeo’s bill passed the Senate Commerce and Tourism Committee, but lawmakers say a film incentive measure is not likely to become law this session, instead they’re hopeful it sparks on conversation on the topic and begins paving the way for the next legislative session.

A bill that addresses Florida’s collapsing film industry was presented at a press conference Wednesday. If successful, its sponsors hope it will create a new era of filmmaking within the sunshine state.

Lawmakers Want To Revamp Film Incentives, Get Florida Back On The Silver Screen

State lawmakers want to put Florida back on the silver screen by rebooting the state’s film incentives program. Some lawmakers are tired of watching films about Florida being shot in other states.