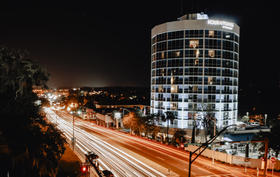 Take a look at the last receipt you got from a hotel stay in Florida. You’ll likely notice a number of taxes and fees. Some of that money goes toward what’s called a tourism development tax and is meant to be used for a tourism-related projects. Now state lawmakers are digging into what exactly counts as tourism related.

As it stands now tourist development taxes can be spent on a number of projects, says Palm Bay Republican Representative Randy Fine.

Fine is sponsoring a bill to expand that list to include infrastructure projects that are directly related to tourism. It’s a proposal that has raised concerns from groups like The Florida Restaurant and Lodging Association. Richard Turner represents the group.

“Almost everything a community has or does can be tourist related. Our concern is that the continual addition of new exceptions regardless of the good intentions that they have will ultimately dilute the purpose of the statute which is to promote tourism,” Turner says.

But St. Petersburg Republican Senator Jeff Brandes, who is pushing a similar bill in the Senate says in some communities there’s more than enough tourist tax development, or TDT, money to go around.

“I think people would be shocked if they found out, you know, Orange County is sitting on $250-million recurring in their TDT. You have other counties in the $50 or $60 million range of TDT dollars.  And some of these communities, mine for example, only spend about 60-percent of those funds on advertising. So, let’s have some flexibility with the funds that they’re not using toward advertising to revamp the product. At the end of the day we can advertise all we want, but what we need is a great product to advertise,” Brandes says.

Fine says there’s a clear example of that in Brevard County.

“In Brevard County it would be a much better use of spending tourist development dollars to make sure our lagoon is clean than putting up some billboard that says literally, ‘come go fishing in the lagoon.’ You’ll see those as you drive around.”

On the flip side, Fine says there are circumstances now in which communities are using their tourism development taxes in ways that don’t make much sense to him.

Fine says his bill would address current concerns that tourism development taxes are spent for purposes that don’t always seem to directly impact tourism by creating what he calls a check and balance system for any proposed spending. For example, in the case of the radio station, his county would have been required to first conduct an analysis of the proposal’s impact on tourism.

“Internally they have to do an analysis that says ‘hey spending that $8,000 on that radio station, we got another 5,000 people to come to Brevard County because we did that,” Fine says.

The proposal is awaiting its final committee stop in the Senate and is heading for the floor in the House.

Florida is still getting a record number of tourists even though the state was hit by a devastating hurricane.

Key West To The World: Come On Down

In some parts of the Keys, people are still salvaging what they can of their belongings, or figuring out where they will live.

In Key West, local and state leaders gathered Wednesday to send one message: they are open for business.

"Restaurants are open. Hotels are open. Every tourist in the country, in the world, needs to come back to Key West and the Florida Keys," said Gov. Rick Scott.

He spoke at an oceanfront hotel flanked by Key West officials and tourism promoters who were carrying conch shells and waving Conch Republic flags.

Gov. Rick Scott announced last month that Florida had the highest number of visitors in a six-month period in its history. Nearly 61 million people visited the state in the first half of 2017.

Irma's Stamp On Florida Brand Could Be Costly