Momentum is building for an unusual, do-it-yourself special session on medical marijuana, although the legislator behind it admits he faces long odds. 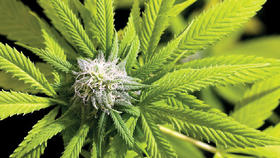 It’s almost never done, but lawmakers can call themselves into special session if at least 32 trigger the process with a formal letter to the secretary of state. Senator Darryl Rousson says he’s glad that 16 letters have come in so far.

“I am encouraged by those members who realize that all a letter does is trigger a poll, so that the entire Legislature can speak to this issue.”

Ultimately, three-fifths of each chamber, or 24 senators and 78 House members, must approve. Rousson says it’s worth the long odds because voters overwhelmingly approved Amendment 2 -- and people are suffering.

“They talk about children who suffer from epilepsy and the reduction in number of seizers that’s directly and causally related to medical cannabis.”

Meanwhile, the Florida Department of Health has already begun an expedited process to establish rules.

After state lawmakers failed to act, health officials on Thursday laid out a framework for adopting regulations required by a voter-approved constitutional amendment that could make Florida one of the nation's largest medical-marijuana markets.

A Canadian-backed firm will take over management of Chestnut Hill Tree Farm, one of Florida's seven medical marijuana operators, the companies announced Wednesday.

In a long-awaited decision, an administrative law judge Tuesday called for the state to issue two new licenses to medical marijuana operators, saying competing businesses — which lost out to another operator selected by Florida health officials in 2015 — were virtually tied.