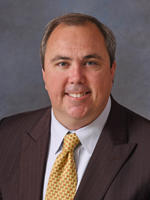 A Florida Republican has filed a measure prohibiting abortions after 20 weeks.  The proposal is part of a larger trend of so-called fetal pain legislation.

Under current law, Florida’s bans abortions after 24 weeks unless the mother’s life is endangered.  The cut-off is tied to a generally accepted point at which the fetus is viable outside the womb.  But Rep. Joe Gruters (R-Sarasota) is trying to advance the prohibition by about a month.  He says fetuses can feel pain at 20 weeks, and so abortions after that point should be banned.  But many researchers reject his claim.  If Florida approves the bill it will join fifteen other states with similar laws on the books.

With one judge pointing to a lack of "sufficient maturity to make this critical decision," a state appeals court Monday rejected a minor's attempt to get an abortion without her parents being notified.

The Florida Supreme Court is preparing to rule on whether to allow a new abortion restriction to take effect.  The measure requires women wait 24 hours after an initial consultation before receiving treatment.

In a legal debate that focuses heavily on privacy rights, the Florida Supreme Court heard arguments Tuesday about whether it should block a 2015 law that calls for women to wait 24 hours before having abortions.