Environmentalists are breathing a sigh of relief after a powerful House Republican agreed to back down from his controversial “use it or lose it,” approach to state land. 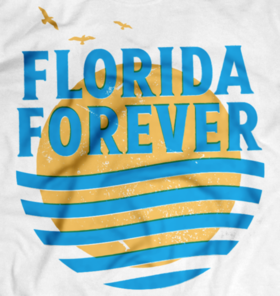 When the House version of the state lands bill hit its last committee two weeks ago, it had everything an environmental lobbyist could hate. It would have put conservation land on a fast track to the auction block when short-term management goals weren’t met. It would have allowed private landowners to take over adjacent state land, with few guarantees it would be preserved.

“It seems like we’re using our limited resources to make it easier to surplus land when we should be doing just the opposite. We should be trying to look at ways to bring land into state ownership.”

Democratic Representative Kristin Jacobs of Coconut Creek said it appeared to do the opposite of what voters wanted when they approved Amendment 1 two years ago.

“Now we seem, in this bill, to be transitioning to jettisoning land because we don’t have the ability to take care of what we already have and we need to get rid of some of these lands.”

Nature Conservancy lobbyist Janet Bowman complained the bill would have allowed money from Florida Forever, the environmental land-buying program, to go for pumps and pipes for water development projects.

“I would like to point out that the discussion regarding the water resource development component and pumps and pipes has real implications.”

Fast forward to Thursday and the State Affairs Committee.

Gone was the use-it-or-lose it fast track.  Gone was the opened ended land swap. And much to Bowman’s relief, gone were the pumps and pipes.

“I was really quite astounded that the majority of our changes were incorporated in the bill. And I j ust really want to thank the chairman for that. I just really felt like our concerns were heard and responded to.”

But don’t expect the environmentalists to throw Caldwell on their shoulders just yet. Audubon of Florida is officially neutral on the bill. The Sierra Club remains opposed. And so is the Conservancy of Southwest Florida, says lobbyist Stephanie Kunkel.

Environmentalists are still uneasy with what Republican Matt Caldwell of North Fort Myers has in mind. Caldwell wants ranchers and farmers to be able to annex state property if it abuts at least 30 percent of their land. In exchange, they would have to agree not to develop any of the property. The state would get conservation for free and locals wouldn’t lose property taxes, Caldwell says.

“Florida is home to the second-highest number of bald eagles in the nation because of the all the ranch land that’s contained in the Kissimmee Valley. Additionally, bear habitat, panther habitat, mostly exists on agricultural property.”

The concept is easier to support now that the bill requires a net conservation benefit for the public, says Audubon of Florida executive director Eric Draper.

“The down side of it is it could reduce public access, hunting and bird watching and other things. The up side of it is that it could end up with more land being kept in open space and being green.”

The bill passed the committee unanimously and is ready for the House floor. A Senate version still has the pumps and pipes provision. It faces two more committee hearings.

Environmental groups contend that the Republican-controlled Florida Legislature is again snubbing voters who want the state to purchase conservation land.

They contend the budget proposals the Legislature is now developing violate Amendment 1, passed overwhelmingly in 2014, directing that a third of the revenue from documentary stamp taxes on real estate transactions go to buy land.

What Will Lawmakers Do with Environmental Funds?

One of the most contentious environmental issues facing state lawmakers in the upcoming session is what to do with Amendment 1. That mandated a large pot of tax money be used to buy and protect environmentally-sensitive land. But just how that money should be used is muddying the political waters.