Children in rural Hendry County are training wild horses, making them suitable for adoption. They’re challenged to discipline 12 mustangs from Nevada in 100 days. But since Gov. Rick Scott just vetoed state funding for their club, the group predicts a future financial struggle. Let's go to the ranch in LaBelle where the kids are taming these wild animals.

A mustang named Miami is munching on hay. He has a light brown coat with a short, blondish mane. Miami is currently frustrating his 14-year-old caretaker Judith Warren because he won’t keep still.

"It's very hard ‘cause he's always putting his head down and he doesn’t know yet what to do," said Warren.

Just a couple weeks before, Miami was running wild in Nevada, like the other 11 mustangs grazing with him in this pen. They’re now part of a youth program called LaBelle Silver Spurs 4H Club. Each kid has 100 days to train his or her wild horse and then present it in a final show open to the public.

The point is to demonstrate how these once spooked mustangs become docile and ready for someone to adopt. But it’s not just about getting horses homes. Warren’s mom Jody Stiles said this is helping her teenaged daughter too. 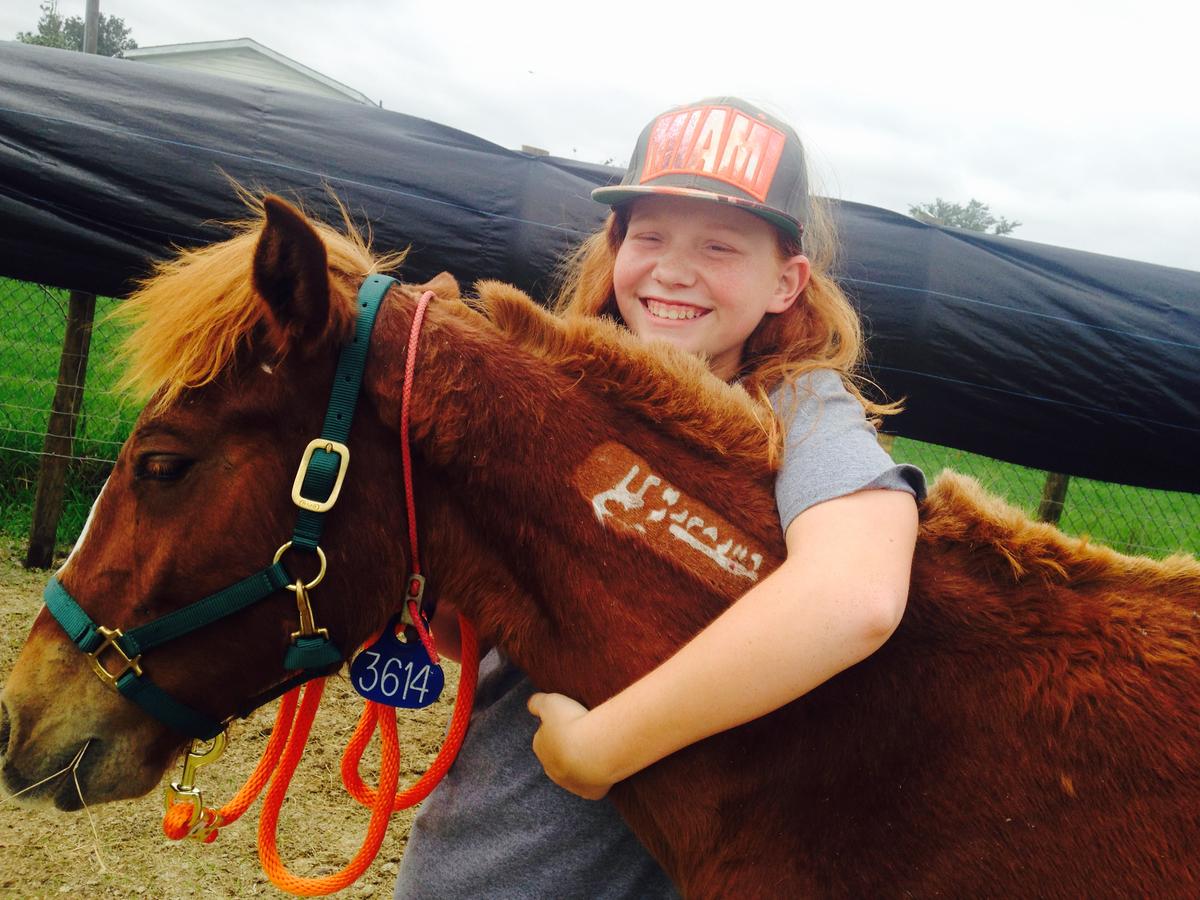 "To me, Miami has an attitude the same as she does: a little bit stubborn. So for her to be able to work with him and see how he's reacting to her, I think that it's gonna make a big improvement on how she acts," said Stiles.

The word “stubborn” comes up a lot when the kids describe their new mustangs.

Sevyn Shock, 13, is trying to get her mustang Hazelnut to bow. She tries to pick up Hazelnut’s front left hoof, but she keeps resisting, freeing her leg to stand tall.

"You pull on her and she won’t go unless she wants to," said Shock. 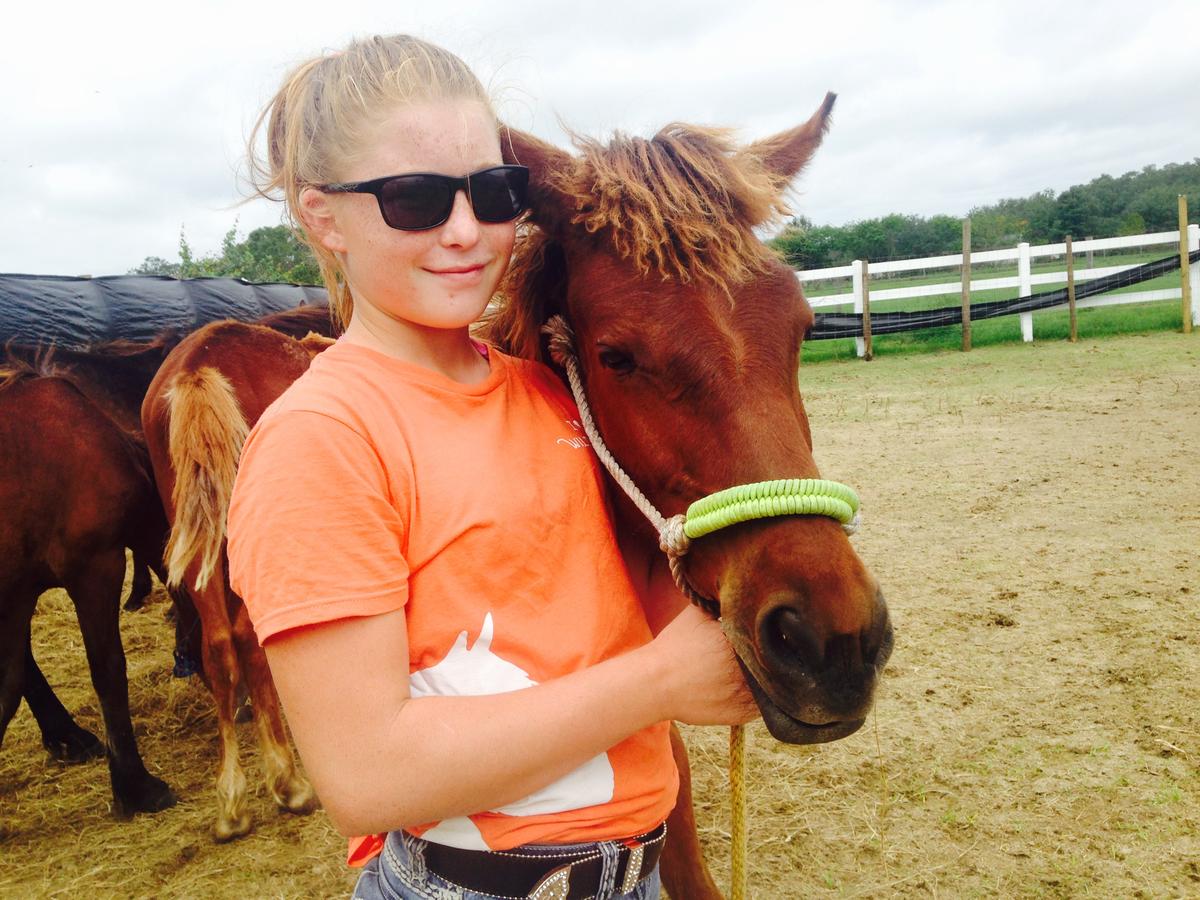 "They’re wild-- I mean, we're talking they’ll jump the panels if they want to, they’ll flip over, they’ll flip upside down, they do not want to be touched," said Sutherland. "So it's kind of a lot of fun to see them so wild and not wanna be messed with at all and then a hundred days later, they’re like pocket ponies. It's really exciting."

Over the last three years or so, Sutherland’s club has gotten nearly 30 mustangs adopted. And four of those were trained by 16-year-old Gabriehl Shock, Sevyn Shock's older sister. She’s working on her fifth wild horse through the program now, Renegade. 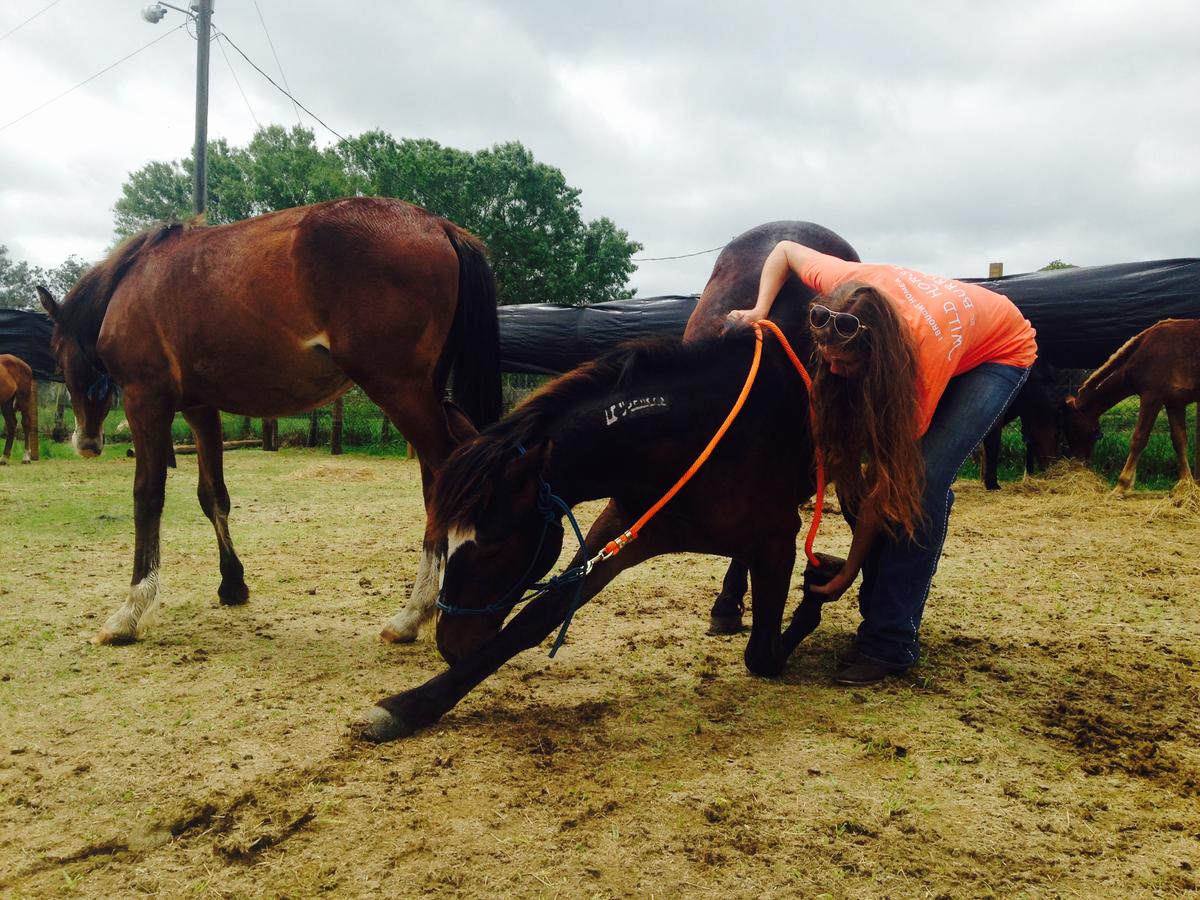 "He is a very curious little man. When we first came here, he would run away. When we caught him, he would flip over, and rear-up, and bolt. But he would always turn around and see like where you were, what you were doing," said Shock. "He's pretty calm now."

After just two weeks, Renegade lets Shock bathe and fully groom him. She’s also taught him to lunge and bow. But she said the mustangs teach her too.

Jason Lutterman, with the federal agency that catches and provides the horses, said what these kids are doing is amazing.

"I don’t know how they do it," he said laughingly. "It’s incredible. You know, these horses come straight off from the range so they are wild and many of them have not seen or been touched by humans before." 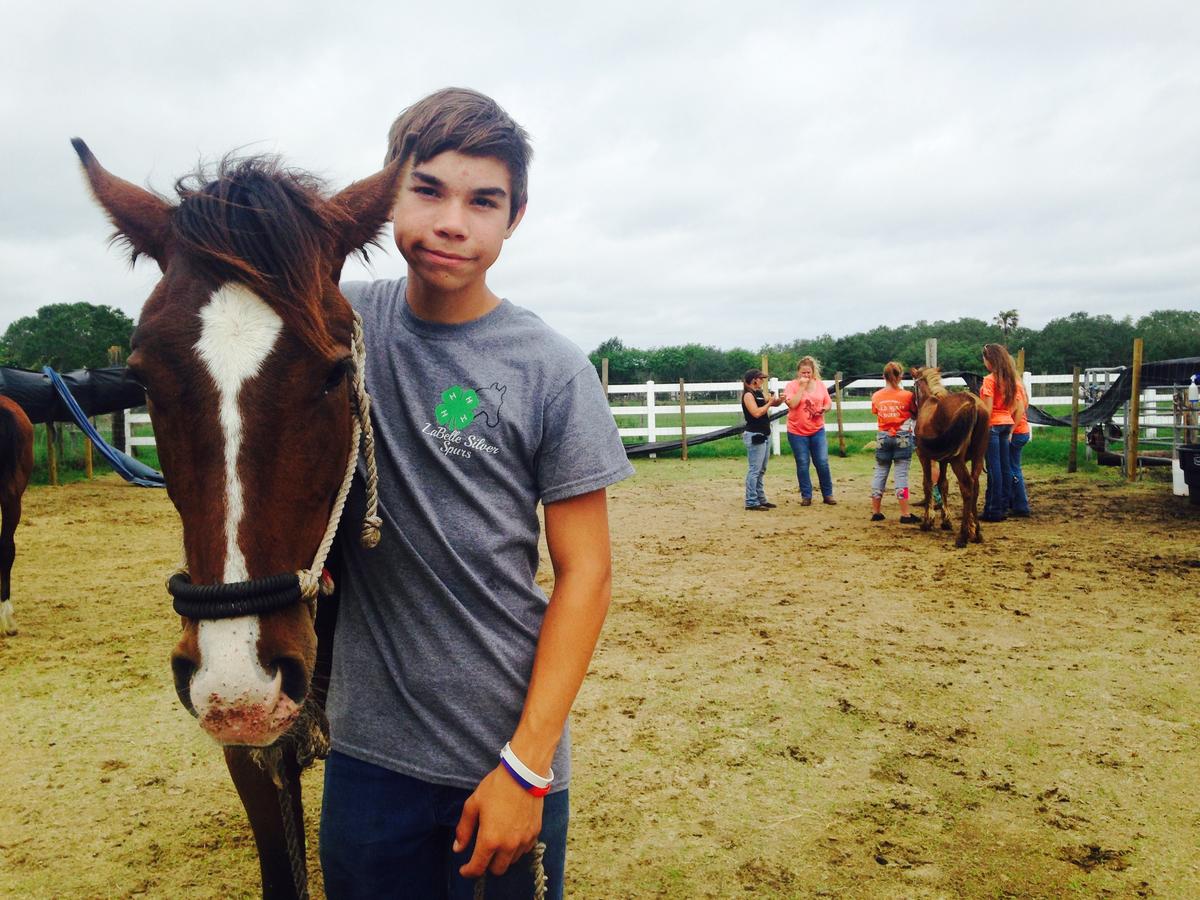 He’s with the Bureau of Land Management, or BLM. The agency oversees some public lands across the country. Lutterman said there are about 60,000 mustangs on BLM properties alone, not counting several thousand more on other public lands and Native American reserves. He said mustang herds can double in about five years, and that sometimes causes problems.

"Individual animals start to wander outside their designated habitats in search of food and water. And that usually means they’re heading on to private property where they can get fresh green grass from someone's yard or onto someone's pasture, where they can also do some damage," he said. "And then they also wander onto highways and they can cause, as you can imagine, accidents with vehicles on the highway." 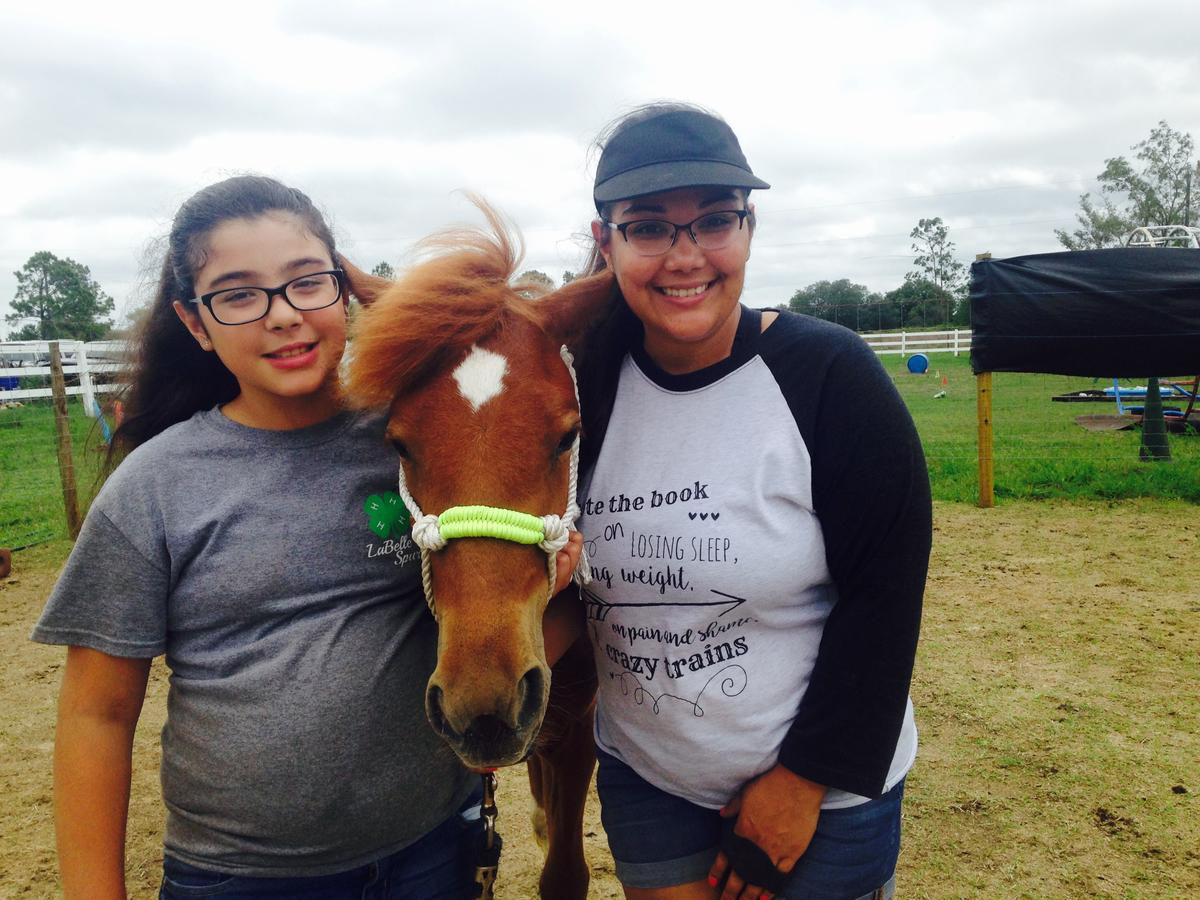 Lutterman said the BLM uses taxpayer dollars to care for the wild horses they catch that don’t get adopted. So he said program’s like the LaBelle Silver Spurs 4H club make a difference.

But Governor Rick Scott just vetoed $1 million for 4H clubs across the state for all kinds of kids programs, including mustang training. And federal funding for 4H is still uncertain. Julia Sutherland, LaBelle’s 4H club leader, said she’s sad the state won’t support this program because it’s needed in this area.

"They don’t really have much of anything here in LaBelle," she said. "Hendry County, Glades County-- it's a poor population. They don’t have access to a lot of money to do a lot of things." 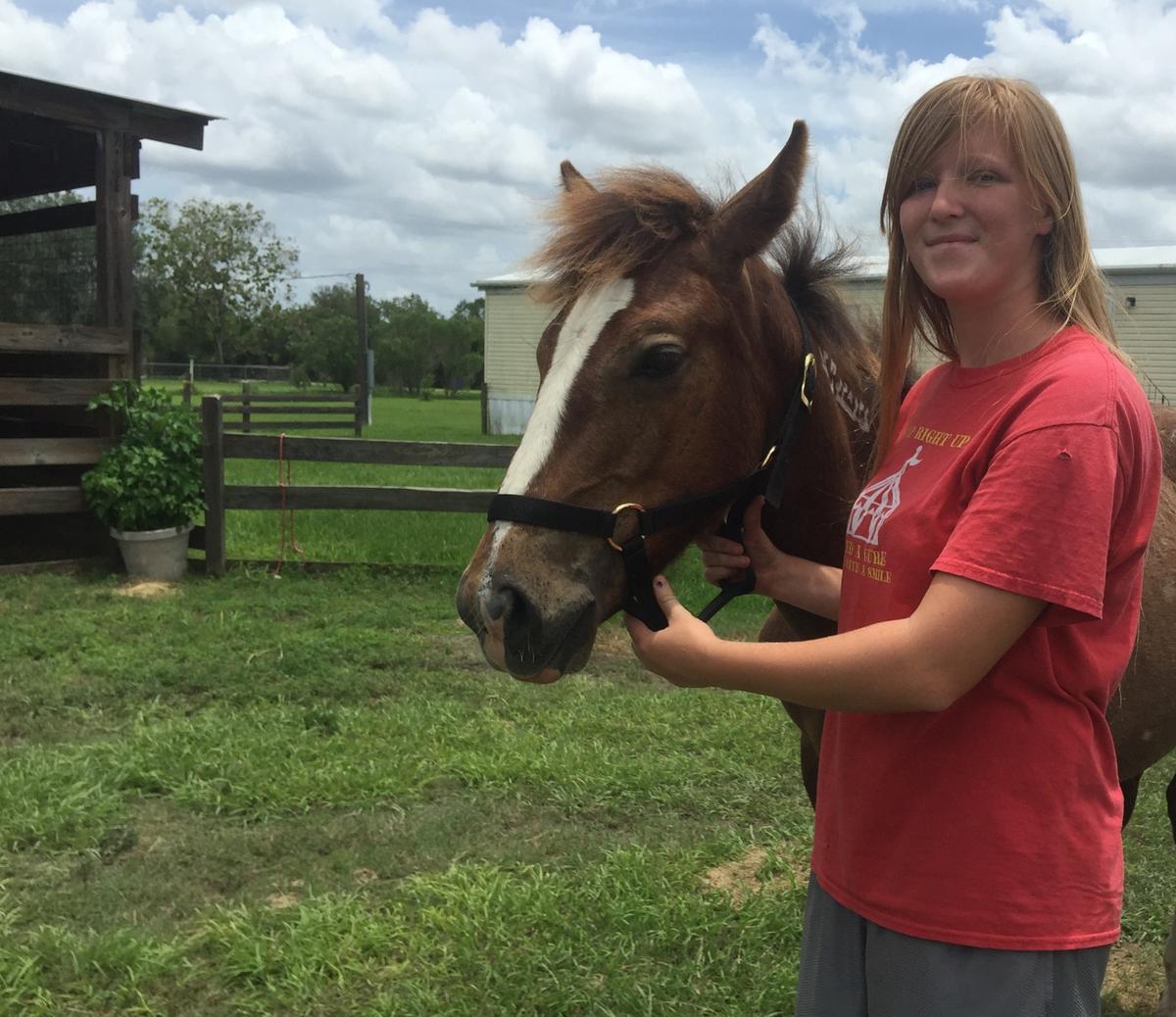 She said if government funds are cut, it’ll be up to individual counties and private fundraisers to keep classes like hers thriving. And Sutherland said the kids get valuable life skills here they don’t get in schools.

"It just strengthens their whole entire inside and out," she said. "I’ve seen so much change with horses and kids that I just pray I get to do this ‘til the last day I’m on earth."

The children will show off their mustangs’ new skills at the final show September 9 with the hope of getting them adopted. We’ll check back then.

Click the video below to watch Sevyn Shock train her wild horse Hazelnut how to bow:

Among the $410 million worth of projects struck from the new state budget by Governor Rick Scott's veto pen are a number of items with ties to the Tampa Bay area.

Now that “The Greatest Show on Earth” is over, animal activists want to know what’s going to happen to the circus animals. 16 tigers, six camels, four horses, two kangaroos and two snakes.