Florida Attorney General Pam Bondi has about a month to prove to a Tallahassee judge she didn’t improperly order businesses to pay millions to unregistered charities. Bondi denies any wrongdoing.

Orlando resident John Smith says he believes Bondi broke the law when her office directed businesses to pay $5.5 million to charities not registered with the state, which is required by law. The complaint also alleges Bondi’s office forced businesses to donate more than $450,000 to office’s program “Seniors v. Crime.”

“And that’s what this issue is about is transparency of the government. We expect as consumers, as Floridians, to be straight with us,” Smith said. 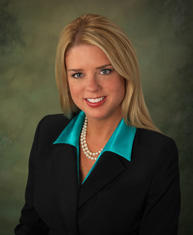 A statement from Bondi’s office said Smith’s claims are unfounded. She also accuses him of harassing and abusing her attorneys. Smith denies those claims.

Florida Attorney General Pam Bondi on Wednesday asked a Palm Beach County circuit court to resolve a dispute about whether two tobacco companies have improperly avoided paying tens of millions of dollars to the state under a landmark 1997 settlement with the tobacco industry.

Florida Attorney General Pam Bondi offered little information Tuesday about her future or her discussions with President-elect Donald Trump, as she made one of her first appearances in Tallahassee since meeting with Trump last week in New York.