An Incomplete Picture Of Sexual Assault In Florida Schools

There has been a lot of attention on the issue of sexual assault on college campuses in recent years. There was an alleged case of rape on the University of Miami two years ago that ended with the firing of a professor and a lawsuit from an accused student. There was the Stanford Rape Case that ended with the perpetrator getting a light sentence that sparked national fury over the judge's reasoning. 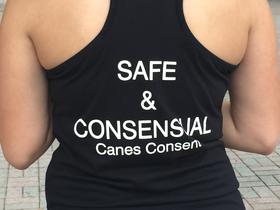 President Obama pushed for reforms so university administrators take the issue more seriously, including withdrawal of federal funds. The Department of Education had more than 250 open investigations into the way administrators handled different cases around the country.

With all this attention on institutions of higher education, one huge question remains - what about high schools and even middle schools? What are education officials on those levels doing to prevent assaults and protect students?

A recent Associated Press investigation revealed that secondary schools don't have to report or track these sorts of crimes. So how does Florida fare?

Associated Press investigators looked at cases of sex assault and rape over a four-year period and they found over 17,000 reports nationwide. Schools in the Sunshine State had 165 cases reported in that time period. Those were cases of sexual battery incidents such as threats of rape, fondling, indecent liberties, or sodomy. The report did say the actual number of attacks at individual schools or districts were not clear when there were fewer than 10 a year. 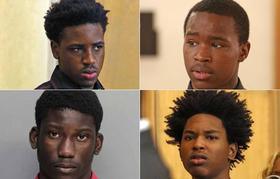 The Florida Department of Education has an extensive list of all school districts and schools with the number of crimes and types of crimes reported, including sexual assault, sexual harassment and other sex offenses.

Do you know who to contact in your district if you suspect your child may have been a victim of any of these crimes? In most cases you'll find the category of sexual harassment and assault under bullying.  Here is contact information for South Florida public schools.

University of South Florida football player LaDarrius Jackson is being held without bond on charges of sexual battery and false imprisonment after allegedly attacking a female student in a residence hall on the Tampa campus Monday.

State lawmakers in Tallahassee indicated late last week that a pair of bills that would allow concealed guns on college campuses may not come up for a vote this year.

Lawyers for Tampa Bay Buccaneers Quarterback Jameis Winston are threatening to sue CNN. The move stems from that network’s screening of a documentary about sexual assault on college campuses.