High school students in Immokalee, who are on the college track, are earning scholarship dollars by tutoring elementary school kids in their community. As part of the program, the teenagers also have adult mentors who advise them throughout their adolescence.

A handful of second graders surround 14-year-old Emily Deleon, a freshman at Immokalee High School. She tutors Pine Crest Elementary kids, and other grade school children around Immokalee, after school every day. Deleon reads words aloud from a pack of flashcards. The kids have to write a sentence with each word.

"You have to write a sentence with the word 'ball,'" Deleon tells the children.

After Deleon spells out the word "bouncy" for Stefany Ortiz, the second grader softly reads her sentence to the class: "The ball is bouncy," she says. 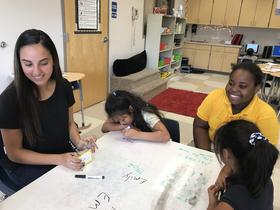 Most of the kids say they like this after school program because "it's fun."

"We learn new words, and we learn new vocabulary, and we do a lot of writing," says elementary student Lourdes Baptiste.

Emily Deleon and other local high school students will earn $4,000 every year they tutor children in their area. It’s through a program at the nonprofit Guadalupe Center in Immokalee. Deleon says she plans to use the scholarship money on her college books.

"I hope to get scholarships for the actual academics," she says. "So if I could use it for my books and dorms and everything extra, that'd be great."

She says her mother is a single parent in the community and she would not be able to afford college without programs, like this one. But Deleon says, it’s not just about the money.

"I’ve been working with them for the past just over half a year and a lot of them have made breakthroughs in their math and reading skills. It's always so gratifying for me to see how much they’ve progressed," she says. 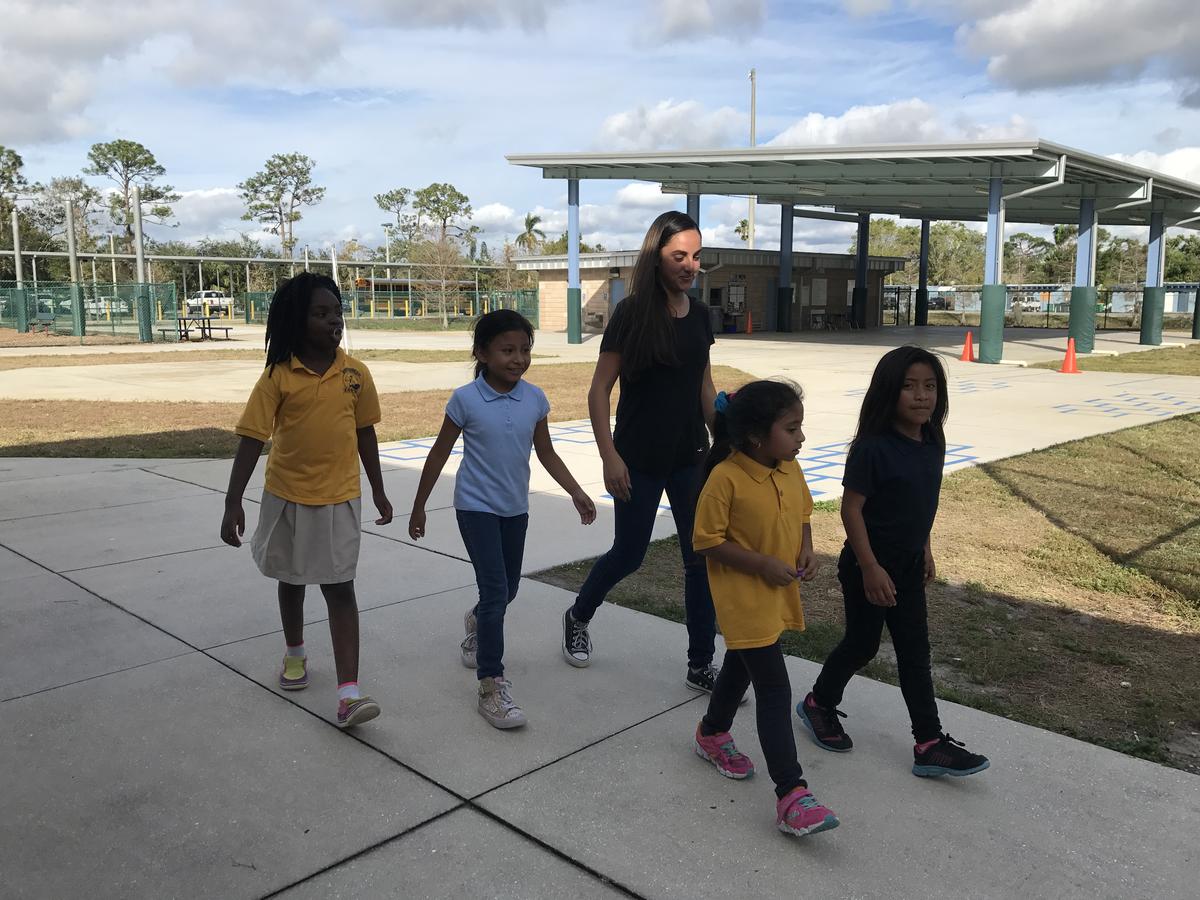 She says this program has made her think about becoming a teacher, but it’s not the only career she’s considering.

So, the Guadalupe Center paired Emily Deleon with retired lawyer Margie White of Naples to be her mentor. At a local bookstore, they both clutch stacks of books they’ve each picked out.

And mentee Deleon says she was surprised by their match.

"I thought that I wouldn’t be so connected to my mentor. I just thought it would be someone that I could talk to every once in a while and not actually have this great connection with. I was expecting someone like any other adult that is in my life," says Deleon. 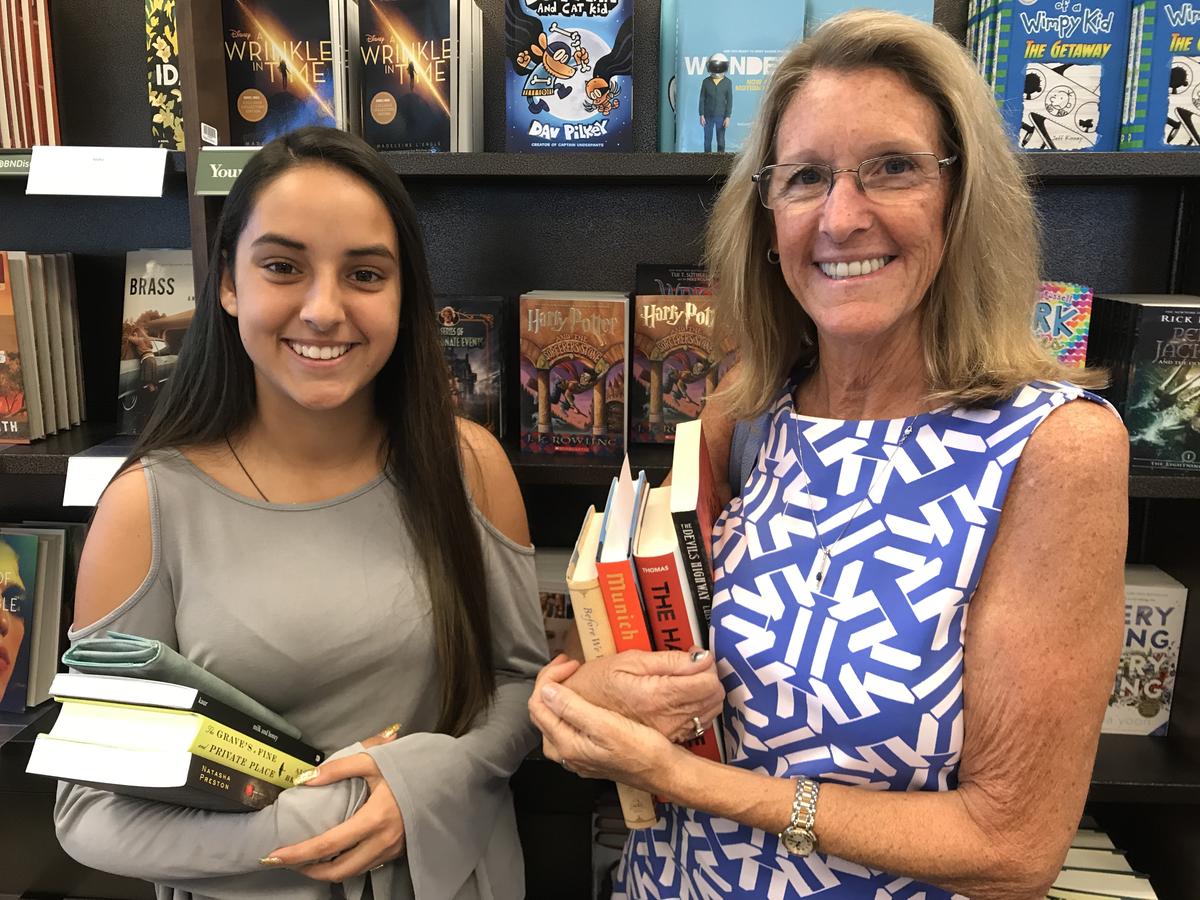 Bob Spano is the Vice President of programs at the Guadalupe Center. He says this kind of mentor-mentee bond is what the center hopes for. Spano says 29 of their Immokalee high schoolers in this program are graduating this year and heading to college.

The teenagers tutor at four local elementary schools, and if they teach children throughout all four years of high school, they can earn up to $16,000 in college scholarship funds. Spano says the main goal of this program is to break the cycle of poverty in the farmworker community of Immokalee, which is right next the wealthy city of Naples.

"We have students that don't have the financial opportunities that maybe other children have in some of the other areas in the county and it provides that opportunity for them," says Spano.

Back at the bookstore, mentor Margie White says Emily Deleon’s future is bright. She hopes to help guide her through the coming steps of her life.

"Just like Emily, I was a first generation college student," she says. "I had no family, friends who were lawyers who told me what to expect, where to go, or have connections and inside tips. And so I just kinda muddled my way through, and I hope now to be able to use my experience… maybe her experience will be a little less muddled than mine was."

And 14-year-old Deleon says her mentor is the biggest inspiration in her life right now.

"I would describe her as... amazing and brilliant, and someone I hope I can spend a lot of time with in the future," she says. "I just hope that I can succeed and do as much as I can and that she will help me through whatever I need her to help me through."

Deleon says she hopes to make a difference in this world.

Some 47,000 Florida students are being bullied or have been in some sort of violent situation—be it school fights, or harassment. And a priority of House Speaker Richard Corcoran is getting those kids some help.  A proposal allowing those kids to transfer to other public and private schools is making its way through the legislature but critics say it’s not a solution to the problem.

A Proposal For A New College Scholarship To Aid Low-Income Students, Explained

First, it was "Bright Futures." Next, it could be "Sunshine."

Dribbling The Way From Haiti To A College Scholarship