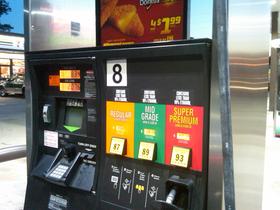 “What that means for us is we could see, depending on the extent of the storm and its aftermath, gas prices rising anywhere from 10 to 30 cents, possibly even higher than that.”

Harvey is expected to hit Texas Friday, and forecasters believe it could intensifying to a category three before making landfall.

Harvey regained tropical storm strength as it drifted in the Gulf of Mexico toward Texas early Thursday and forecasters said it could become a hurricane.

Gas Prices On The Rise In Florida

AAA reports Florida has the 16th cheapest gas in the U.S.—that’s including a seven cent increase across the state.

Drivers got a taste of freedom from high prices at the gas pump over the long Independence Day weekend. But these low prices may soon be a thing of the past.

Gas prices have been flirting with going under the $2-a-gallon mark for a couple of weeks now, and were at their lowest price for the July 4th holiday in over a decade.