How To Deal With Florida's Growing Panther Population 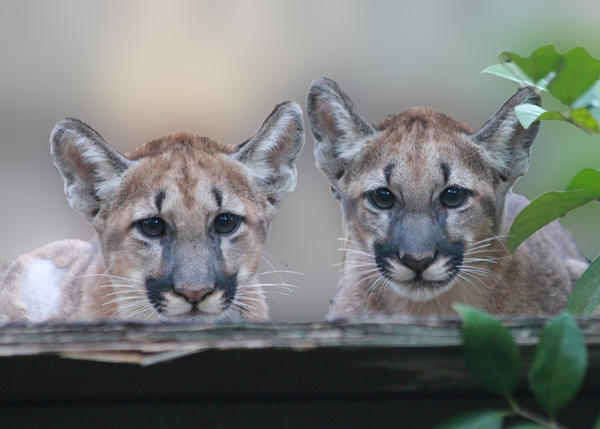 Everglades Coalition wrapped up its 30th annual conference in Key Largo this past weekend. A panel discussion Saturday revealed that Florida’s endangered panthers are actually growing in numbers. 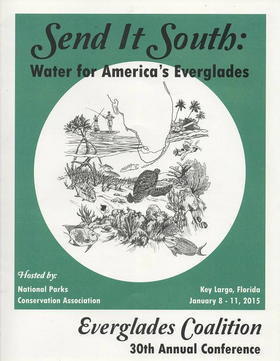 There are now between 100 and 180 panthers mainly south of the Caloosahatchee River that flows west past Fort Myers into the Gulf of Mexico. That number was updated this past April. Before that, it was between 100 and 160.

Korn refers to "conflict" like panthers hunting livestock from private landowners. There’s an easy solution to that -- pen up the livestock at night and make sure there’s a roof.

But there’s another clash between panthers and humans. Exactly 25 panthers were recorded killed on Florida roads in 2014. Korn says that’s the highest number of road kills they’ve ever seen.

"We're seeing a lot of these road kills happening that don't have overpasses or underpasses yet," she says. "So if we can create new wildlife crossings, that would be a big deal."

“Alligator” Ron Bergeron was a panelist beside Korn. He’s on the Florida Fish and Wildlife Conservation Commission. Bergeron also owns an 8,000-acre ranch in Hendry County where he encounters deer, turkeys, hogs, bears and an occasional panther.

"We've had very few collisions with panthers on Alligator Alley because it was constructed properly with underpasses and fencing," says Bergeron.

For now, the goal is to move the Florida panthers north of the Caloosahatchee River using underpasses and overpasses that link conservation lands together.

The panelists hope to see progress within the next 10 years.

Recovery to get Florida panthers down-listed from "endangered" to "threatened" would require two populations of 240 cats, according to the panel.

The endangered Florida Panther is experiencing a slight population rebound.

While this is good news for recovery efforts, it’s becoming a problem for ranchers in Southwest Florida. That’s because panthers are killing off livestock such as cattle in large numbers, and ranchers are taking a financial hit.

A year after launching its online site, biologists with the Florida Fish & Wildlife Conservation Commission have received 790 reports of panther sightings from most parts of the state, complete with GPS coordinates. The problem: Only 12 percent of the reports included photographs of the animal, or its tracks, that could be used to verify whether the reporter truly saw a Florida panther. The majority of the reports submitted with photos were verified as Florida panthers, the FWC said.

Several government agencies have banded together with groups as diverse as the Nature Conservancy and Wal-Mart to help protect the Florida Panther.

A deal has been closed to protect 1,278 acres on prime panther habitat along the south shore of the Caloosahatchee River. That's considered the dividing line between the Everglades and Big Cypress - where almost all the panthers live - and the rest of Florida.