With the ink barely dry on its water policy legislation, the Florida House is already mapping out a new plan for land conservation. Republican leaders began focusing Friday on Amendment 1 and how it fits in to managing millions of wilderness acres. 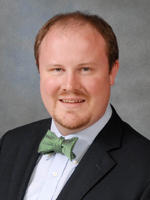 Environmentalists smelled victory as soon as Amendment 1 reached the November ballot. The same day 75 percent of voters approved it, visions of wildlife preserves, white beaches and sparking springs danced in their heads.

“I think it overwhelmingly demonstrated their support for increased funding – increased state funding – for water and land conservation and we’re hoping to carry that message into the state Legislature.”

Now that Amendment 1’s funneling $750 million into the environment, Republican House leaders are beginning to focus their gaze on the state’s 12 million acres of public wilderness.

“What does that look like when you put it all together and what is the most critical need for us to focus that money?”

Boree’s dry recitation is a perfect example of what most voters pictured when they filled in the little circle for Amendment 1 – setting aside land to keep a step ahead of the bulldozer and the next strip mall.

But to some conservative Republicans, Amendment 1 opens the door to an old debate. Why take more property off the tax rolls? Why not manage the land we already have? In fact, Representative Ray Pilon, a Republican from Sarasota, thinks regulators should rethink the land they’ve already bought.

“We want to make sure that the land that we have is managed properly and that any land that’s in current ownership might be surplussed, to continue on that because sometimes it’s not environmentally valuable.”

And as the land debate heats up, some of the dispute is spilling over into the group that wrote Amendment 1. Ken Bryan, director of Rails-to-Trails Conservancy, thinks 10 percent of Amendment 1 money should go to completing a bike and nature trail from Pensacola to Key West.

“And we’re still having difficult conversations with our sister organizations about how do we get the resources that we need to the trail so that we can make this happen.”

The House passed its massive rewrite of state water policy in the first three days of session. Crafting a state land policy could take weeks.

New rules for Florida waters will be one of the first bills the House takes up when the legislative session gets underway.

But don't expect that all aspects of a voter-approved initiative to conserve water and land will sail smoothly through the 60-day session that begins March 3.

As House members and senators hammer out new rules and new funding levels required by the initiative, known as Amendment 1, a wide array of suggestions has poured in from Gov. Rick Scott, Agriculture Commissioner Adam Putnam, environmentalists and business lobbyists.

More than 400 Requests for Amendment One Money

This year, Amendment One is expected to provide about $757 million for land and water conversation, and requests for a piece of that funding now total more $1.2 billion dollars.

Back in November, voters overwhelmingly passed Amendment One, which sets aside millions of dollars for land and water conservation.

This week on Florida Matters, we'll take a look at where exactly that money might go.

Florida voters passed the Water and Land Conservation Amendment in November. It requires one third of documentary stamp revenue – a tax on real estate transactions - to go toward environmental initiatives.

The Florida Legislature must spend a portion of the documentary stamp money on environmental programs, like buying land and preserving springs.