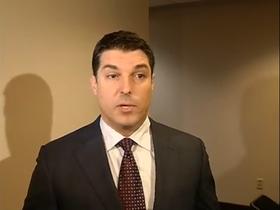 Florida House leaders are being criticized for a closed-door meeting of Republican lawmakers to talk about healthcare issues.

State law requires most meetings between elected officials to be public. But House Speaker Steve Crisafulli says no policy pending before the chamber was discussed, and he believes the closed meeting was appropriate.

“Our general counsel went through my talking points. I was very scripted. And he said everything we were doing in that meeting was perfectly within the confines of the law.”

House Republicans talked about the Senate’s Medicaid expansion plan and ongoing negotiations over federal funding for uncompensated hospital care. The House has neither plan in its budget, while the Senate has both—leading to a budget standoff between the two chambers. There are concerns the state may not have a budget by the start of the July 1 fiscal year.

Since 2005, monthly health insurance premiums for state workers in Florida have stayed the same.

But a bill making its way through the Florida House could make big changes to the state group employee health plan, which covers more than 300,000 state employees and their families.

This week on Florida Matters, we're continuing our preview of the upcoming Florida Legislative session. State lawmakers have filed a half-dozen bills dealing with how your power company operates in Florida.  What are the chances that changes are on the way?  Our panel includes Tampa Bay Times reporter Ivan Penn  and state Rep. Amanda Murphy, D-New Port Richey.