House Lawmakers Think It's Too Easy To Amend Constitution

State lawmakers want to make it harder for Floridians to amend the constitution. The plan would up the percentage of voter approval needed to pass a measure from 60 percent to more than 66 percent. 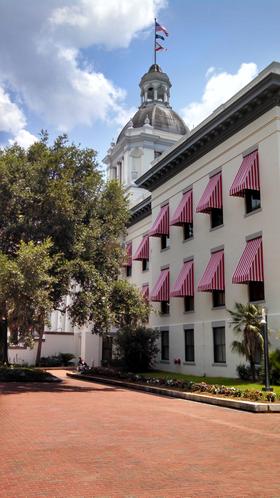 The rule would apply to all constitutional amendments, including those offered by the Legislature. The debate on the bill Thursday got passionate and philosophical. The measure stems from the idea that the constitution should be sacred, and free from unseemly subjects like pregnant pigs. But Plantation Democratic Rep. Katie Edwards argues the reason citizens offer allegedly ‘inappropriate’ measures, is because the Legislature isn’t passing the policies they want.

“I think it’s worth going back so we can appreciate what a cluttered constitution looks like. And why when we fail to respond in a timely matter, that’s what happens," Edwards said. " Is it always right? Are the subjects always appropriate? No, certainly not.”

The League of Women Voters is arguing against the added hurdle, saying the constitution should be malleable and accessible. But Sebring Republican Rep. Cary Pigman strongly disagrees, and made an adamant defense of the bill.

Lawmakers are pushing back against the argument that the bill is circumventing the will of the people or putting the constitution outside of citizens' reach.