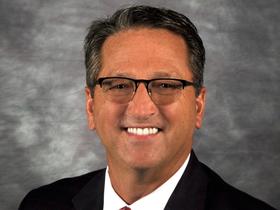 James Burkhart, Tampa General Hospital's chief executive, told the panel appointed by the governor that he makes no apologies for running a non-profit hospital that makes a 3- to 4-percent operating margin.

"Frankly, you really have to look at the cost...for the cost of Medicaid patients, we lose $17 million," he said.

Last month, Scott announced the commission, saying it would compare information about costs, profits and patient outcomes for hospitals in each region. The creation of the commission came in the midst of a state budget battle over federal healthcare money for low-income patients, as well as a standoff over Medicaid expansion in Florida.

As leader of one of Florida's largest "safety-net" hospitals, Burkhart said it's hard to compare the way profit and non-profit hospitals operate.

"So why do we need profit? Why do hospitals need profit? Well, if you're in the for-profit business, you need it for two reasons. One is to reinvest, the other is to pay shareholders," he said.

"You have two reasons that you do that. We have one reason, which is to have a positive margin to help finance the needs to keep pace with the quality of the care we're trying to provide."

In addition to Burkhart, the following speakers on the agenda at the University of South Florida were Mr. Kristopher Hoce, President of Morton Plant Hospital and Dr. Marty Makary, Author and Surgical Director of Johns Hopkins Multidisciplinary Pancreas Clinic.

The commission on Wednesday was unable to address one of the governor's biggest questions: CEO compensation. Some hospitals haven't provided all the data requested by Scott, however, many of the hospitals maintain the state already has the information.

Officials from the Florida Agency For Health Care Administration says that information will be ready for the Commission's next stop, on July 1 in Jacksonville.

Lottie Watts is a reporter for WUSF in Tampa. WUSF is part of Health News Florida, which receives support from the Corporation for Public Broadcasting.