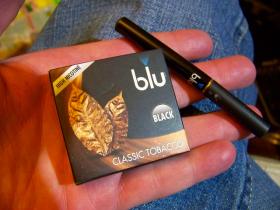 One bill that some say would preempt local rules has anti-tobacco groups demanding it to be killed. The health advocates say the measure banning the sale of electronic cigarettes to minors also undoes local restrictions in more than 50 cities and counties.

Protesters in Tallahassee last week say the bill heading to the full House would undo the work 28 counties and 28 cities have done in passing restrictions on cigarette sales that go above and beyond federal FDA rules. On the Historic Capitol steps, American Lung Association CEO Brenda Olsen said local preemption is “a page out of big tobacco’s old playbook.”

Olsen added, “We have seen what preemption has done to our Clean Indoor Air Act: We cannot restrict smoking in parks where our children play, nor can we protect workers from the hazards of secondhand smoke in places like bars.”

Tallahassee City Commissioner Gil Ziffer was at Olsen’s side to oppose the bill. He says local preemption means the city can’t stop people from smoking at a popular downtown park.

“We just opened Cascades Park. And we have that wonderful place called Discovery where kids can play, includes a place for kids. But if you were so inclined to go over there and smoke a cigar, you could do it because we can’t restrict that,” he said. “And so that’s a problem for me.”

Ziffer says he’s not OK with the state preventing local governments from enacting future mandates dictating where e-cigarettes can be sold or barring their sale altogether. But like many opponents speaking out against the bill, he says although he disagrees with the local-preemption provision, he agrees with its sponsor’s stated intention.

“We are making it illegal for a minor to have the device, whether or not it has nicotine inside of it, and putting e-cigarettes not being able to be purchased by a child, which is right now—they could go to a convenience store, and a 12-year-old, 10-year-old could buy a pack of Blu or a pack of e-cigarettes right now,” Artiles told the House Regulatory Affairs Committee. “So we’re just trying to get in front of technology.”

Artiles says electronic cigarettes sales have exploded in recent years, but the FDA has failed to regulate them. Several cities and counties have passed rules, including requiring stores to sell them behind the counter. Artiles says he intends to allow existing rules to stay in place while preventing future local rules from being passed. It’s a compromise, he says, to ensure chain retailers don’t have to keep adjusting for potentially hundreds of different restrictions in different places.

But questioning Artiles in that committee, Rep. Jim Waldman (D- Coconut Creek) said the grandfathering in of existing rules is not clear from the bill’s wording.

“You just made a statement about that this doesn’t affect any ordinances already in place, but the specific language says the preemption supersedes any municipal or county ordinance on the subject,” Waldman said.

That language is headed now to the full House after passing its final committee on a vote of 12-to-5. Among those supporting it was Jose Diaz (R- Miami). He says he likes that it keeps children from getting electronic cigarettes without affecting adults.

“You know what I think this bill does? It’ll stop little kids the age of my mom when she started smoking from being introduced to nicotine. And I think what it’ll do is allow people like my mom and her twin sister to have the ability to stop smoking using e-cigarettes without having to worry about being taxed higher or [insert crazy law X here].”

The Florida Senate has already passed a bill banning e-cigarette sales to minors. But that chamber’s version does not say it preempts all local laws.

Health groups and local governments say decades of work to keep tobacco products out of the hands of kids could be overturned through a House measure billed as prohibiting the sale of trendy electronic cigarettes to minors.

Reececliff Family Diner in Lakeland has been turning out its award winning pies since the 1930s, and lots of families rely on them every year for their Thanksgiving dessert. The restaurant has been operating in the Dixieland neighborhood since 1934.

Electronic cigarette makers are getting bold with their advertising, using provocative new print ads and celebrity endorsements on TV. But public health advocates say these images are luring kids to hook them on nicotine.