Florida gun control advocates say a new report on gun theft by the Center for American Progress underscores the need for stricter laws.  The left-leaning group estimates 80,000 guns were stolen from individual owners in Florida between 2012 and 2013. 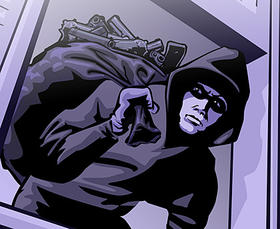 The report is based on FBI statistics that show 1.2 million guns worth 500 million dollars were stolen from individuals nationwide during the same years.

“It really does threaten public safety to have this level of firearms stolen, particularly in a state like Florida that does have particularly high numbers of guns that are stolen.”

Unlike nine other states and the District of Columbia, Florida doesn’t force gun owners to report lost or stolen guns, Parsons says.

Patti Brigham, co-chair of the Florida Coalition to Prevent Gun Violence, sees the report as just one more reason to continue her uphill battle for stricter gun laws, like an assault weapons ban.

“Human lives are at stake. And often times, when guns are stolen, they fall into criminal hands. So people that are stealing these weapons are up to no good.”

But Parsons says gun theft is such a big threat to public safety, even the most liberal and conservative lawmakers should be able to find common ground.

A Miami judge on Monday ruled that a change to the state's “stand your ground” self-defense law signed nearly a month ago by Gov. Rick Scott, intended to better protect the rights of defendants, is unconstitutional.

A measure changing the state's controversial “stand your ground” self-defense law was among 16 bills that Gov. Rick Scott signed into law late Friday.

A Florida lawmaker is hoping the state legislature will take up a refiled gun control bill during this week’s special session.