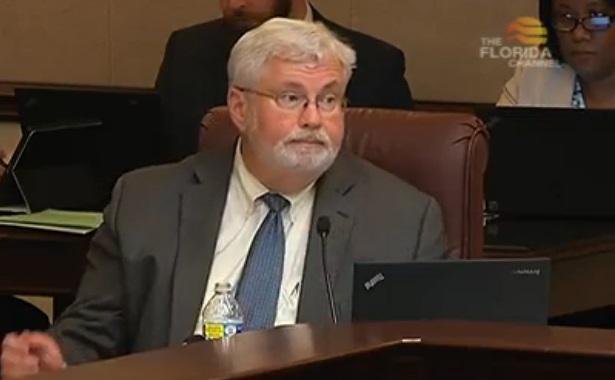 The Senate Commerce and Tourism committee took up the state’s growler ban Monday.  Measures doing away with the state’s restriction continue to march forward in both chambers of the Legislature.

After years of trying, lawmakers seem primed to repeal Florida’s ban on 64-ounce refillable bottles of beer known as growlers.  Sen. Jack Latvala (R-Clearwater) is carrying the bill in the Senate again this year, and has strong allies backing his efforts.  It’s the same story in the House.  Freshman Rep. Chris Sprowls (R-Palm Harbor) is sponsoring the measure.  Majority Leader Dana Young (R-Tampa), who handled it in the past two sessions, is optimistic it will pass.

“I would not be surprised at all if they passed that bill out of the Senate fairly soon and sent it to the House,” Young says.  “You know it could just be a very orderly passage of that bill.”

Young spoke last week at the first meeting of her informal Brewing Liberty Caucus.  The Senate bill contains additional provisions that would simplify licensing and tastings.  Young supports the additions but the House version hasn’t been amended yet to match.  Commerce and Tourism approved the measure without objection.

Whether you're a craft brew aficionado or a chemical engineering buff - or both - "Sampling Science: The Engineering Behind Craft Beer" might be for you.

"A lot of engineers like craft beer," event co-creator, USF Chemical Engineering junior Anna Hayes, said. "We wanted to combine the science of the beer with the (craft beer) industry, and so we thought it best to bring local craft breweries together for a fund-raising event."

The event, which takes place Friday, February 20th at 6:30 p.m. at the USF Sam and Martha Gibbons Alumni Center, will raise money for the university's chapters of the American Institute of Chemical Engineers (AIChE) and the Society of Women Engineers (SWE).

It seems there’s new trouble brewing for Florida’s small but growing craft beer industry.  The Florida Retail Federation is challenging a long-standing exception to the state’s licensing rules that allows a brewery to sell beer in on-site ‘tasting’ or ‘tap’ rooms.  But this isn’t the only attack the state’s rules have drawn.

Beer is bipartisan.  Really, it’s hard to imagine something more people can agree on.  But, unfortunately in Florida, beer is a political issue.

Beer Distributors Say 64 Ounces Is Too Much For One

Florida House and Senate subcommittees heard testimony Wednesday from stakeholders in the state’s beer industry.  After failing twice, a bill to legalize a popular refillable bottle is up for a third try.

A craft brewery on the Treasure Coast is fighting Florida's growler ban in federal court. The owners, along with a national legal group, filed a civil rights lawsuit Tuesday with the U.S. District Court in Fort Pierce.