A statewide organization of criminal defense attorneys wants to support a former Florida A&M University band member in his challenge to the constitutionality of a state anti-hazing law. 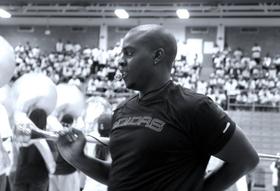 The Florida Association of Criminal Defense Lawyers filed a friend-of-the-court brief on Thursday in support of Dante Martin, who was convicted of manslaughter and hazing charges in the high-profile 2011 hazing death of FAMU “Marching 100” drum major Robert Champion.

The group believes the law is unconstitutional because it is overly broad, and does not “clearly criminalize his conduct.”

“The statute itself provides for students to receive advance notice of the anti-hazing policy from academic institutions, but no such policy or notice was evidenced,” said the motion.

M. Stephen Turner and Michael Ufferman are counsel for the association. Turner said the statute is vague and unclear in what conduct and to what extent it applies to.

“While the statute is certainly clear that if you’re initiated into a fraternity or sorority, and you administer some sort of harmful act to someone than that makes you guilty of hazing,” he said. “Otherwise, it’s completely unclear as to what activities are connected.”

In the motion, the lawyers association said they believe their “views may be helpful to demonstrate the unfair potential criminal responsibility of college and university students in this State. College and university students should not be charged or convicted or serve jail time and have their lives and future careers ruined because of a limited connection with a ritual or tradition of a school organization that members may choose to participate or engage in, but that is not required, compelled or forced upon them in any way.”

Champion was injured in Orlando during a band ritual known as "crossing Bus C." Martin was part of the percussion section, and was the alleged “ringleader” of the hazing incident. He is serving six and a half years in prison.

“I’m sure others will join as amicus in this case because it’s an important case as to the need to make statutes clear and not sweeping so people don’t get prosecuted without due notice of what is clearly wrong,” said Turner.

The Florida Supreme Court has agreed to hear Martin’s appeal, but has not set a date for oral arguments.

The baseball coach at a private school in Bradenton says he suspended at least 15 players after an incident of locker-room hazing.

Trustees at Florida A&M University turned to an outsider - and the school's first female president - to lead them out of the turmoil that followed the hazing death of a Marching 100 drum major. But 18 months later the historic school is facing a new crisis marked by allegations of harassment and insubordination - and complaints from politicians.

A former Florida A&M University band member was sentenced Friday to four years in prison for his role in a drum major's hazing death.

Judge Marc Lubet announced the sentence for 26-year-old Caleb Jackson, who pleaded no contest to manslaughter and hazing in April 2013 for his part in the death of Robert Champion, of Decatur, Georgia.

Florida A&M University reached a $1.1 million settlement Friday with the family of a drum major who died after being hazed by fellow band members.

The university agreed to name the marching band's anti-hazing program after Robert Champion as well as place a memorial plaque dedicated to Champion on campus under the terms of the agreement reached with Champion's parents, according to settlement documents. Of the $1.1 million, $800,000 will be paid by an insurance company and $300,000 will be paid by the state Department of Financial Services.

An Orlando jury has handed down hazing and manslaughter convictions to the final three defendants in the death of a Florida A&M University marching band drum major. The verdict brings a three and a half year old legal saga to a close.