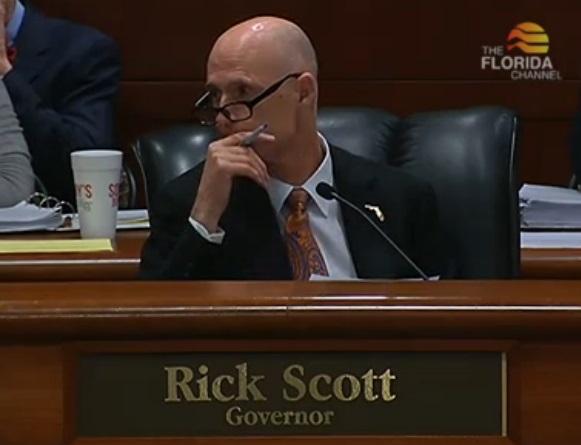 “LIP is completely separate from Medicaid expansion,” Scott says.  “If you go look at Texas, go look at California, one expanded Medicaid, one didn’t, and both of them are getting significantly more dollars under LIP than what Florida’s getting today or ever gotten.”

Florida lawmakers are watching a projected $1 billion surplus disappear before their eyes. The cause: the impending loss of $1 billion in federal funds that support hospitals that treat low-income, uninsured patients. Both Governor Rick Scott and House Speaker Steve Crisafulli are counting on that money to come down, but the Senate is not.

Nelson: Feds Won't Back Down on Health Care Aid

Florida Sen. Bill Nelson says the Obama administration won't back down on cutting off over $1 billion in aid to Florida hospitals if the state doesn't expand its Medicaid program.

Speaking to reporters, the Democratic senator said Department of Health and Human Services Secretary Sylvia Burwell told him her position on the aid is firm.

The aid pays hospitals for providing care to the indigent. It's supposed to end because Obama's health care plan provides indigent care through the Medicaid program.

The nation’s Medicaid chief said Tuesday the federal funds Florida hospitals have depended on to pay for the uninsured will not be arriving any more.

There is “no way” that Florida’s “Low Income Pool” program will continue when it expires in June, said Eliot Fishman, director of the Medicaid division of the Centers for Medicare and Medicaid Services (CMS).  “Not in its present form.”

Democratic candidate Judithanne McLauchlan, who was inspired to run for Florida Senate District 22 against incumbent Republican Jeff Brandes because he was the only vote in the Senate against an alternative to Medicaid expansion, lost 57 percent to 43 percent.